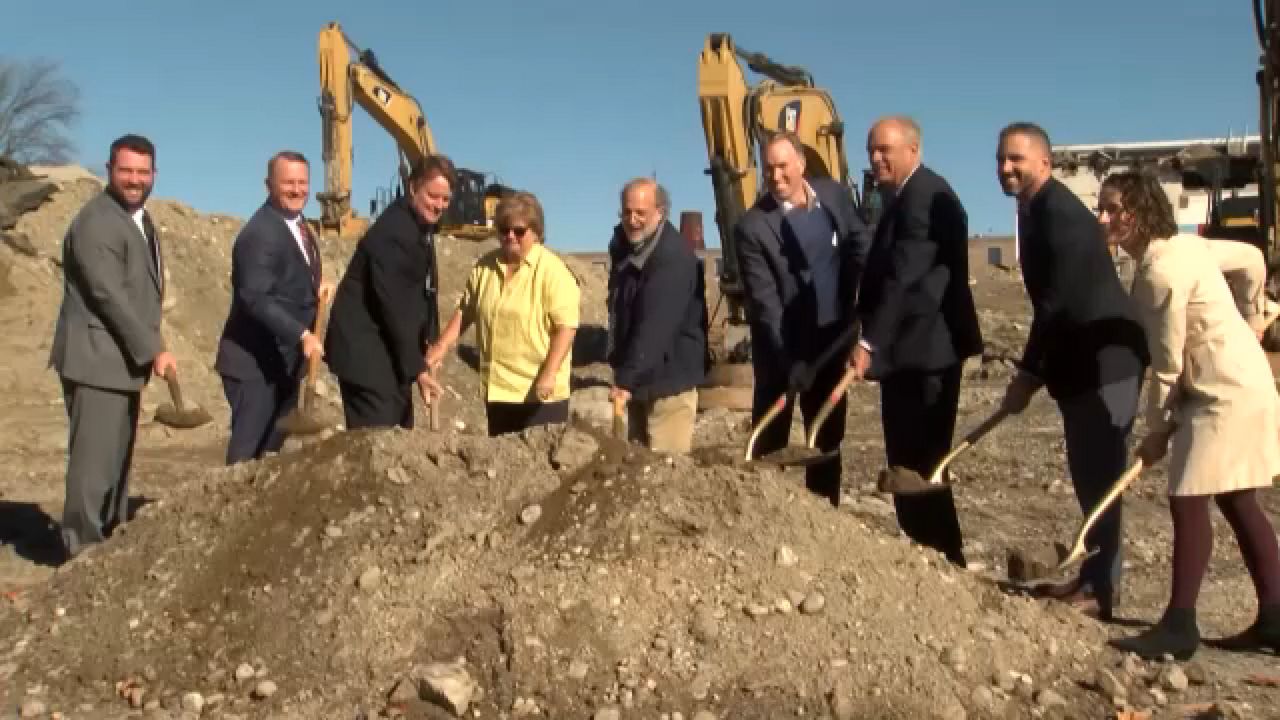 City and state officials pose for a picture during the groundbreaking ceremony for the development project at 120 Washington Street in Worcester. (Spectrum News 1/Dan Reidy)

WORCESTER, Mass. - City and state leaders held a groundbreaking ceremony Thursday at the former site of the Table Talk Pies factory in Worcester.

Developers are planning to build a mixed-use development at the 120 Washington Street property. The project is led by Boston Capital Development. They plan to add 83 units of affordable housing as part of phase one of the project.

"There's obviously much needed in the city and across the commonwealth, but I think particularly the city has been keen on increasing the supply of affordable housing and we're happy to be a part of it," Rich Mazzocchi, principal of Boston Capital Development, said. "The conversation and discussions with Table Talk, they clearly wanted to see something to improve the community on this site and we're glad it's all working out."

Future phases of the project include about 300 units of market-rate housing and commercial space. Table Talk Pies' new headquarters is now on Gardner Street.