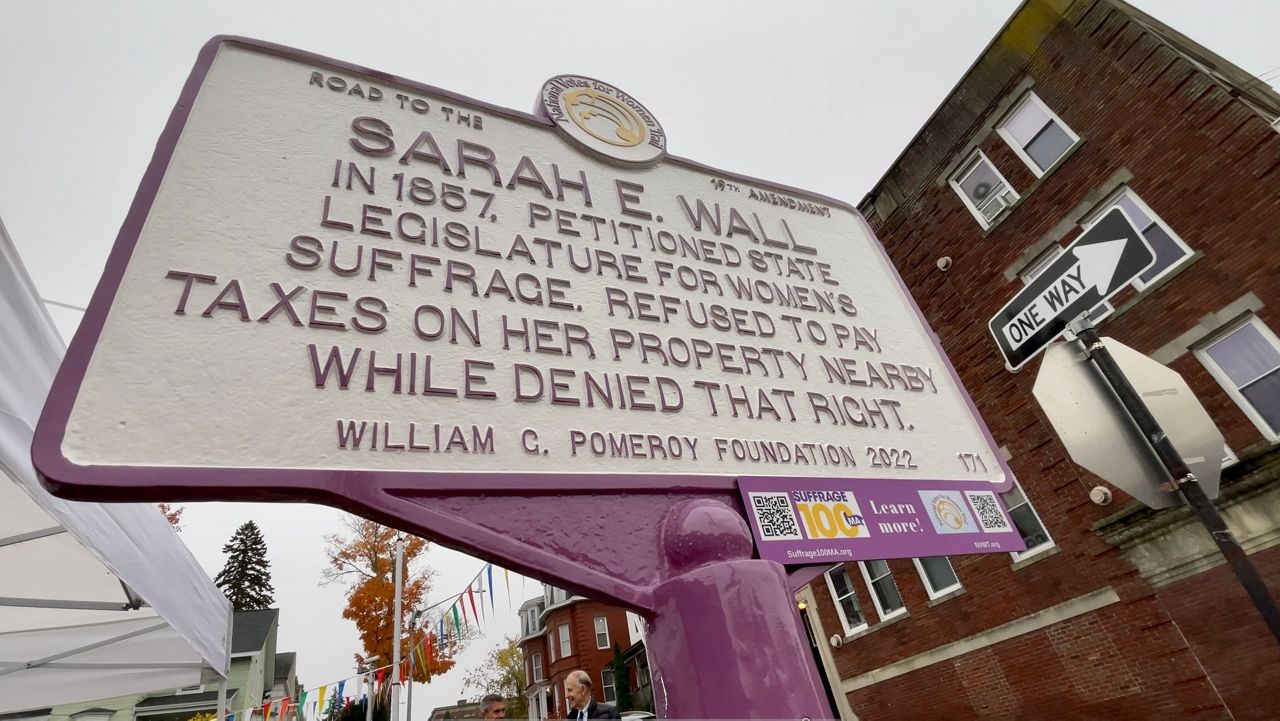 Wall was a women's rights activist and abolitionist from Worcester. The marker, at the corner of Sycamore Street and Main Street, is near Wall's former property and is part of the National Votes for Women Trail.

Wall is known for her refusal to pay property taxes as an act of protest against women's lack of voting rights. The marker celebrates Wall’s tax protest in 1858 for women’s voting rights and encourages passers-by to learn more.

"She was being taxed without being able to voice her opinion and to vote, so without her vote she felt strongly enough to say, 'I will not pay my taxes,'” said Fredie Kay, the founder and president of Suffrage100MA, a local nonprofit dedicated to commemorating the 100th anniversary of the adoption of the 19th Amendment.

"I wanted to make sure she got recognized as she should,” said city councilor at-large Moe Bergman, who played a key role in getting the marker installed. “Worcester has a lot of great history and she is one of those individuals who needs to be celebrated more."

The marker is one of five Massachusetts suffrage markers on the National Votes for Women Trail. October 23 marked the anniversary of the first National Woman's Rights Convention in Worcester in 1850.