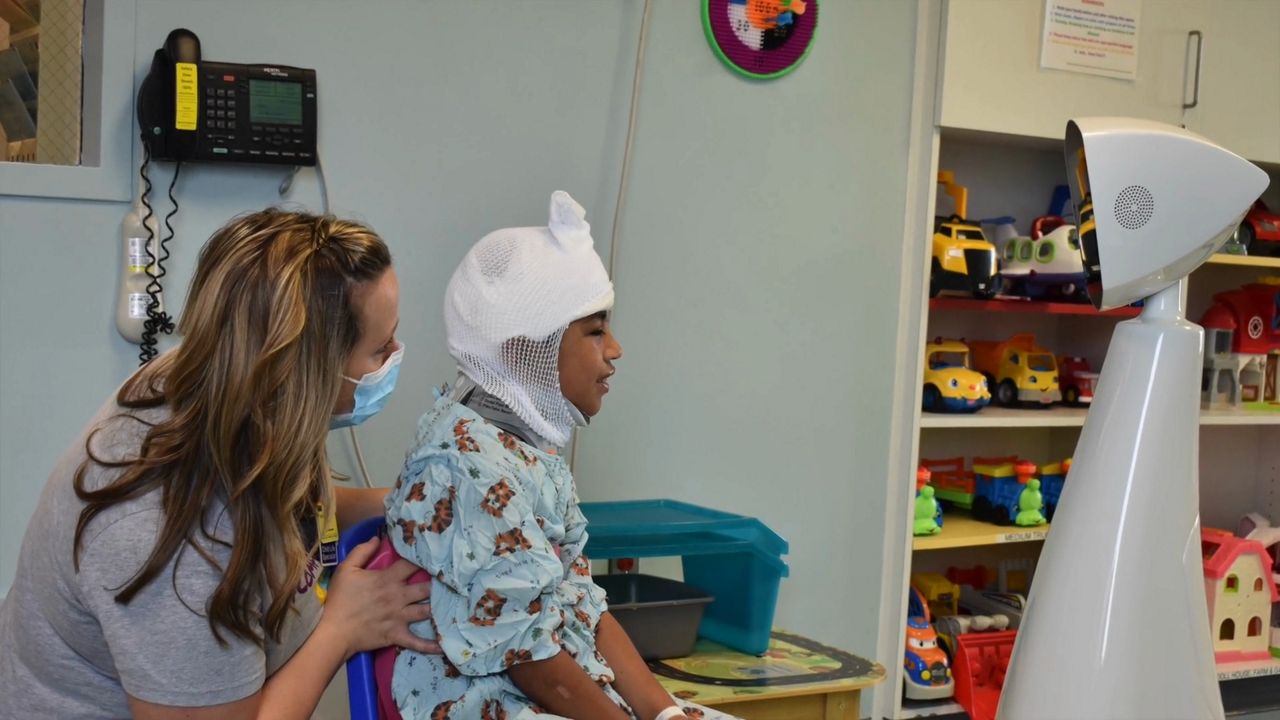 Meet the robot making a difference for local pediatric patients

WORCESTER, Mass. - Artificial intelligence may be considered an unfamiliar or impersonal presence in daily life, but UMass Memorial Health is using the power of AI to put a friendly face in its pediatric care unit.

Robin the Robot is an AI-based companion designed to ease anxiety and loneliness among children in hospitals and clinics, and it's making a difference one interaction at a time.


Kendra Frederick, a certified child life specialist, said kids admitted to the pediatric care unit could be there anywhere from a couple of days to weeks, or even months. During their stay, there could be times when they're isolated from friends and family. Robin keeps them company.

"There's a lot of isolation that comes with chronic illness, and sometimes we have kids here who are in pain or who are anxious," Frederick said. "This is another tool we can bring in that's fun, exciting and engaging to help combat that loneliness."

Robin talks with patients, answers questions, and even plays games like hide-and-seek or Rock Paper Scissors. Its technology can adjust responses based on emotions and keywords a child might use and can even adjust interactions based on age and intellectual ability.

"There's a child that has pretty significant needs, but was really highly engaged, wasn't focused on his care at the time and what he was going through, he was focused on the games he was playing with Robin," Precourt said. "It helped normalize a situation for him in a kind of abnormal setting and I think for me that was really telling."

The UMass Memorial Health Innovation Fund paid for Robin and while it could never replace the importance of human contact, the robot is a good substitute when needed.

"We want children to be up and out of bed, to come to the playroom and interact with other kids and our staff, but over the last couple of years, we've learned that isn't always possible," Frederick said. "We do have kids isolated due to infection, and so this is just another tool that we can use."

Robin is the first AI-based tool to be put to this sort of use in New England and on the East Coast.