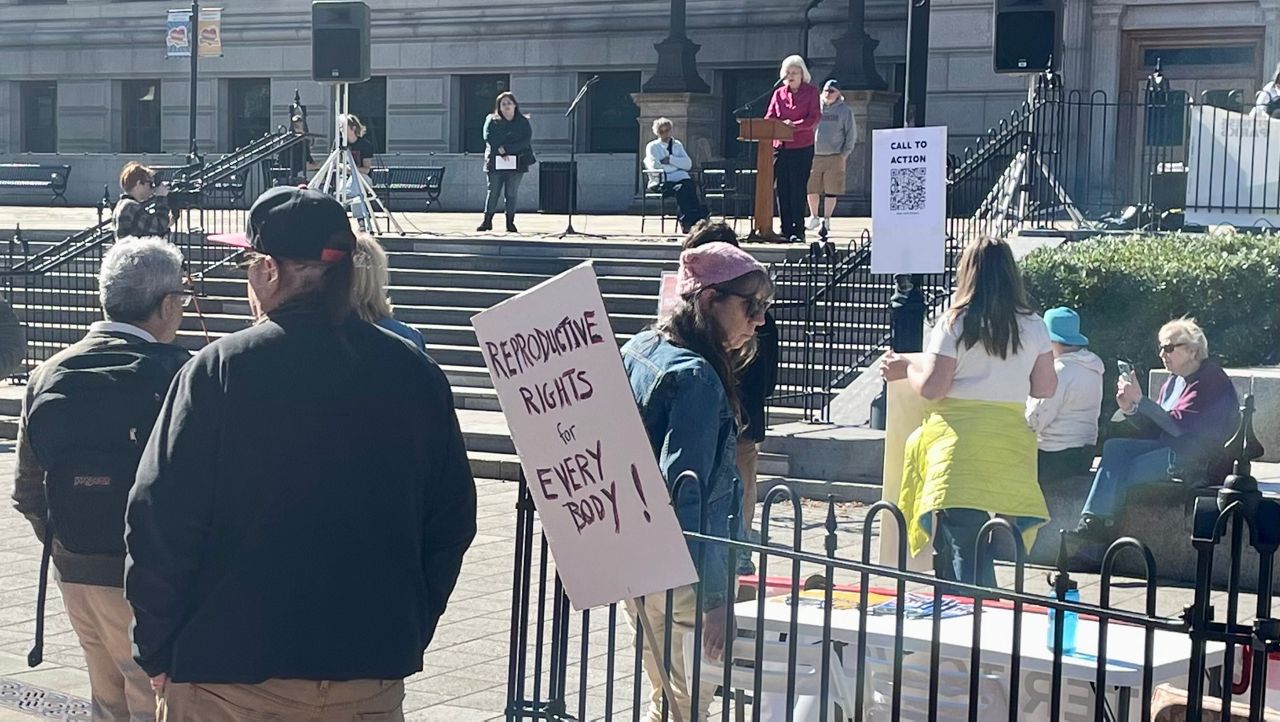 WORCESTER, Mass. - With roughly a month until the general election, women across the country are rallying in support of abortion rights.

On Saturday, demonstrators in Worcester joined women in all 50 states in protesting their reproductive rights. The movement is called 'Women's Wave,' and it’s being put on by organizers of the Women's March. With this demonstration, organizers say they're looking to elect more women and pro-choice candidates around the country. Participants in the rally filled the common in downtown Worcester Saturday with the hope of getting their message across.

"What we want people walking away with is feeling empowered to use the vote as their voice to ensure that their right to an abortion is protected across the nation," said Mary Sacksteder of Indivisible Worcester. "We have Senator Chandler here with us because she wrote the bill in Massachusetts that guarantees the right to an abortion for women. But if a federal law is passed, that bans it nationwide, no matter what any state does."

Women’s March says there were more than 400 events nationwide, and they are committed to dismantling systems of oppression through nonviolent resistance, like they did Saturday on the common.