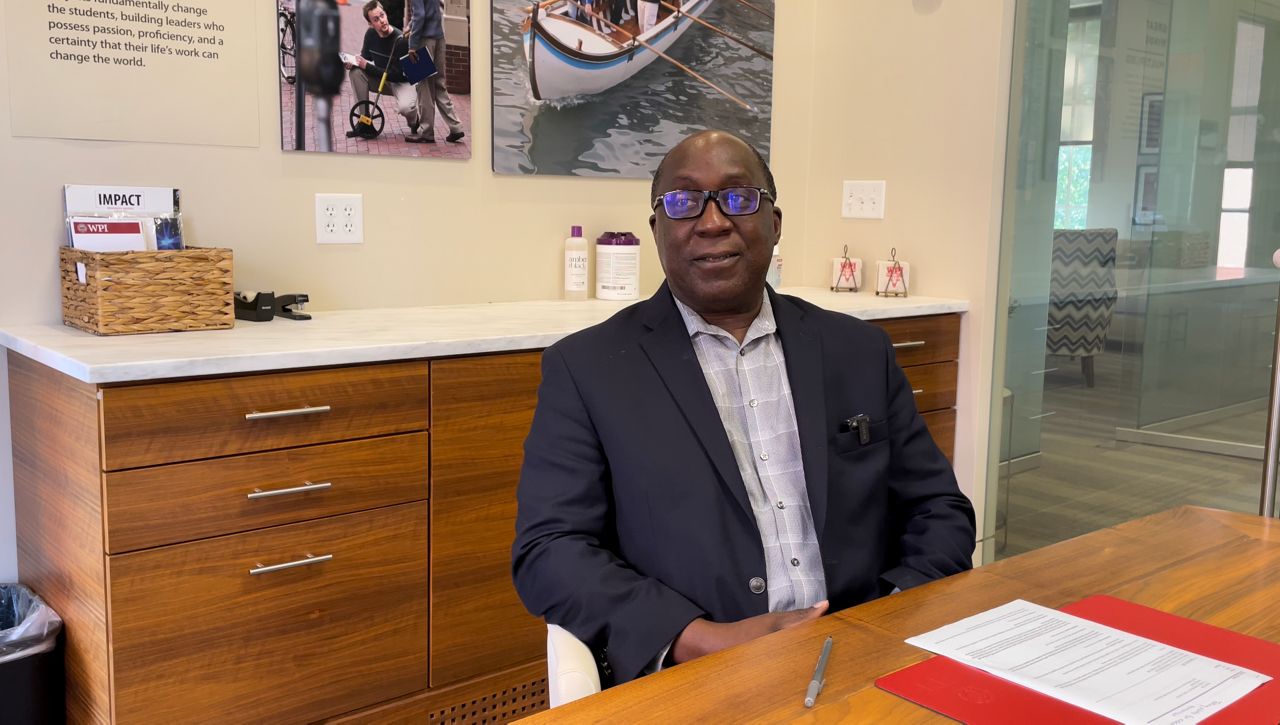 
Soboyejo has been studying cancer for over two decades, and while most would step away from the laboratory after taking on an administrative role, he said he doesn't mind balancing both duties because they go hand-in-hand.

Soboyejo and his team were recently published in the journal Biomaterials Advances after discovering certain nanoparticles linked to an anti-cancer agent can bind to breast cancer cells that would otherwise be difficult to target.

"The real curiosity-driven piece of that is that you've got to design these agents that are naturally attracted to the tumors in a very specific way," Soboyejo said. "Once you can do that, it makes the development of the drug or the imaging that then enables you to translate to medicine much, much easier."

As a material scientist, Soboyejo's early work focused more on studying structures and chemical properties. He got involved with cancer research because he realized there was a part he could still play, and personal losses motivated him to step in.

"My interest in cancer really dates back to certain members of my family having cancer, and I started to think about how I could use some of my knowledge of materials in engaging cancer research," Soboyejo said.

Over the years, he's collaborated with chemists, physicists, biologists and doctors, many of them being former students. The breakthroughs are rewarding, but seeing their careers take off has been rewarding in its own way.

"One thing I never imagined was how these projects would transform their lives and careers," Soboyejo said. "This started out with an army of students who worked with me from 2000 to 2001, most of whom are now professors or working successfully in industry or medical doctors that are doing cutting-edge work well beyond what we started with."

The team's research specifically has to do with triple-negative breast cancer, which accounts for 15 to 20 percent of all breast cancers. It's more prevalent in younger women, women with inherited genetic mutations and women of African and African American descent.

For more information on the team's research, visit the WPI website.