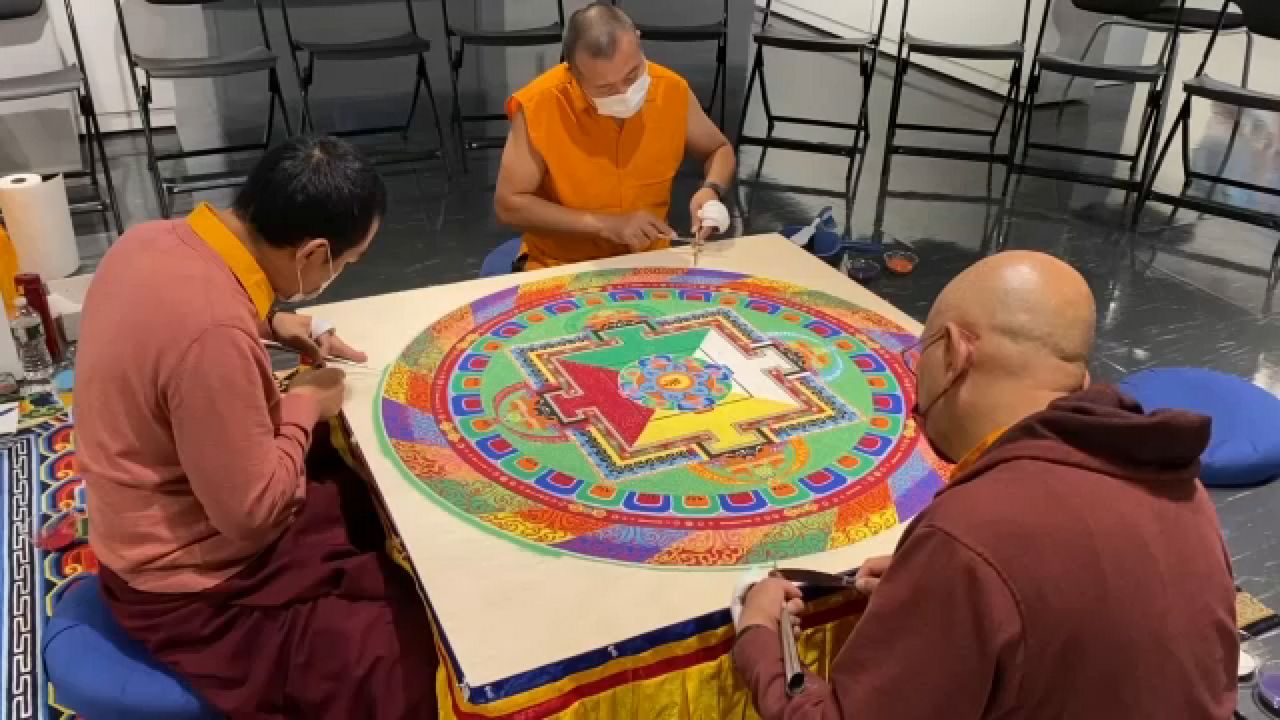 They began working on the project Tuesday morning and were finishing up Thursday afternoon.

A mandala is a vividly colored, geometrically patterned 2D representation of a 3D sacred space made out of precisely placed lines and piles of sand.

"It's exposure to cultures we otherwise may not get exposure to," Bradley Chapman Bleau, an assistant at the Mary Cosgrove Dolphin Gallery at WSU, said. "I've had people coming saying they've never heard of such a thing. I think it's important to have that exposure and get the students thinking about different art practices around the world. And again, that finiteness, the process versus product is important. It's somewhat of a meditation."

Typically, following the process, the monks sweep away the mandala in a ceremony, but they've decided to leave this one up for a week for the public to see.