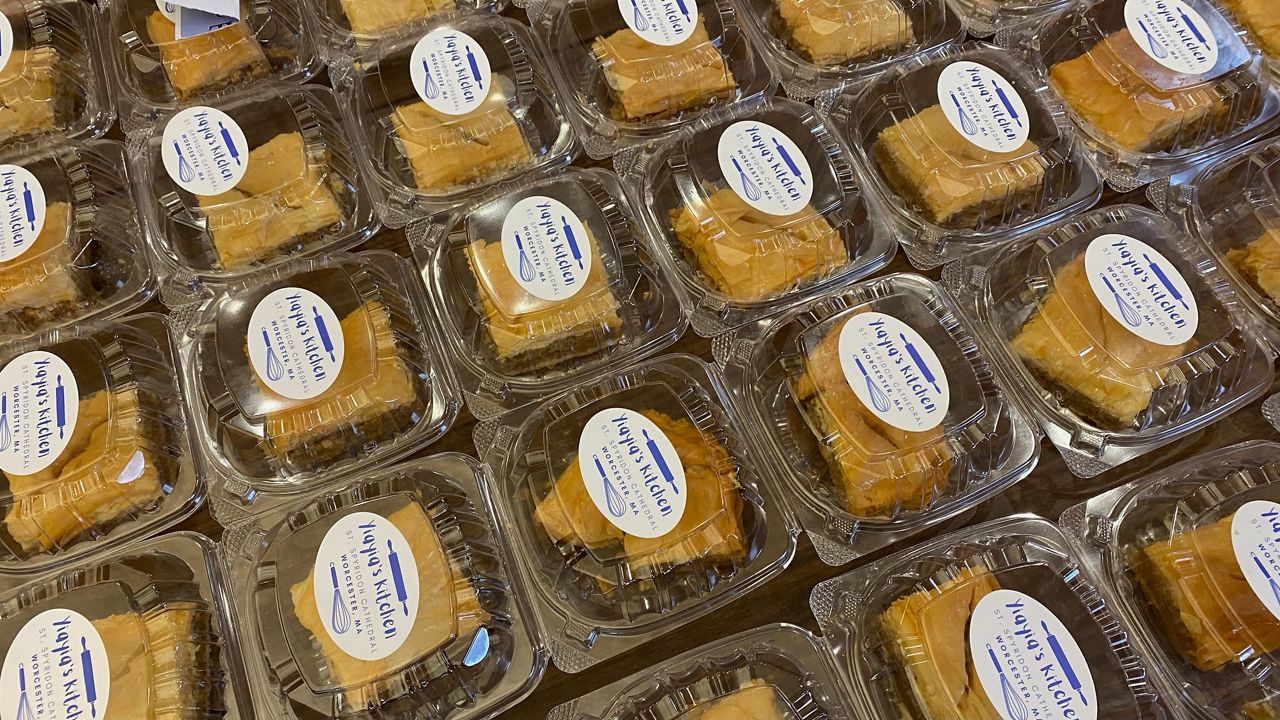 Baklava is made, cut and packaged to sell at the festival. (Spectrum News 1/Meghan Parsons)

WORCESTER, Mass. - Baking baklava is a special process that Maria Stephanakos has down pat. Each step, repeated over and over again until it looks just right.


Stephanakos makes tray after tray of baklava until hundreds of them are made, cut and packaged ready to sell at the Saint Spyridon Greek Festival.

Just ask anyone in the kitchen, when they want something good, they go to Stephanakos who has been baking the treat for more than 40 years.

Her baklava is the festival's biggest seller and brings more than 20,000 people to Worcester for a taste.

"We have small containers," Gorjia Parafestas, Saint Spyridon Cathedral president, said. "Big containers, we have something for everyone."

The three day festival takes months to plan and weeks in the kitchen to come together. Organizers are expecting and even bigger crowd this year.

"This is not only for the Greek people, this is for everyone," Parafestas said. "The food here is absolutely to die for."

The festival and Stephanakos's baklava is back after four years. Organizers said come down, hangout and get a taste of what being Greek is all about.

"That's really our theme," Parafestas said. "You know, being Greek for the day."