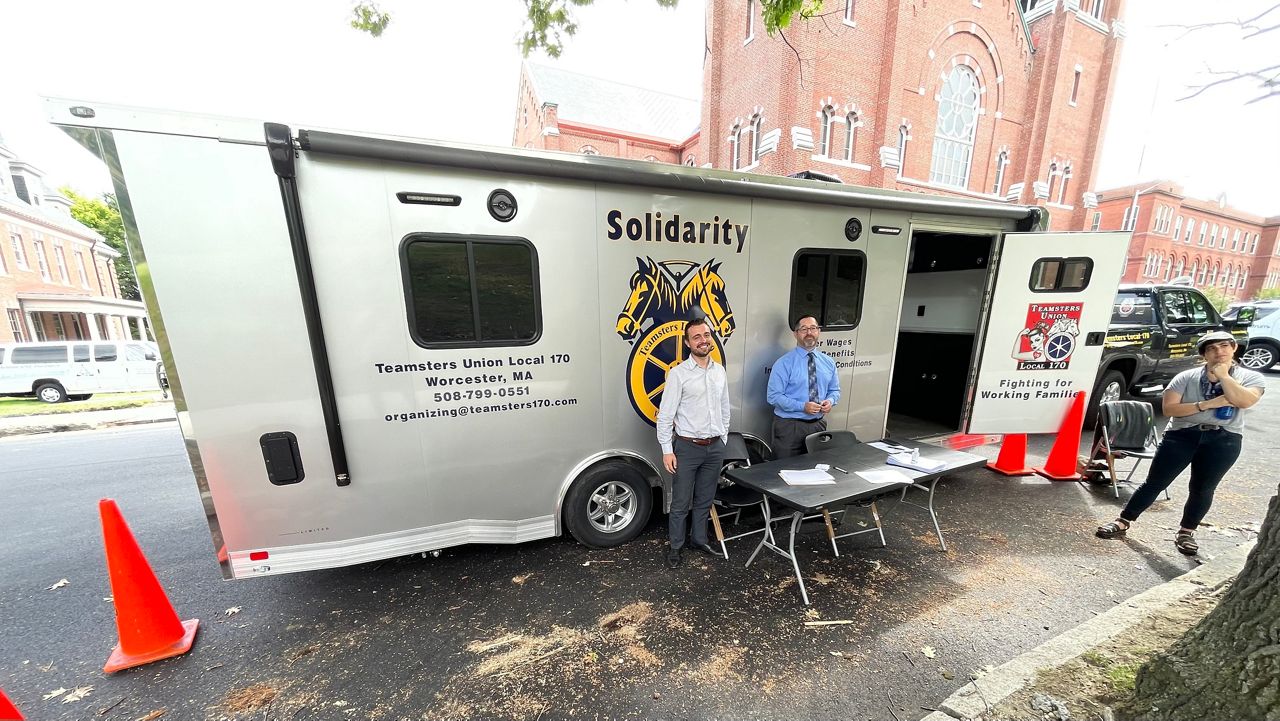 WORCESTER, Mass. - Members of the Clark University Graduate Workers Union voted overwhelmingly Monday to approve a strike in its negotiations with the school's administration.

According to the union, 97 percent of members voted in favor of the strike. The students have been negotiating with the school's administration over wages and benefits.

The strike authorization doesn't mean a strike will happen, but it allows the bargaining team to declare a strike if they deem it necessary.

The union said they met with the administration several times over the summer but there are no offers addressing the wages and benefits of graduate student workers.

"This is an action we are taking because we do not feel like Clark has been bargaining with us in good faith” said Gia Davis, a fifth year teaching assistant at Clark University. “We have been sitting through these meetings while our lives are not improving and for some getting worse and it is important that Clark comes to the table and gives us a serious offer.

"We have felt like Clark has not been bargaining in good faith has not been giving us adequate progress on our contracts, and this is one strategy we're using to push Clark to talk to us and give us an offer that is reasonable and serious."

In a statement, a spokesperson for Clark said “the university continues to work in good faith to complete the collective bargaining process and finalize a contract, and we are well ahead of the usual timeline for negotiations of this kind."