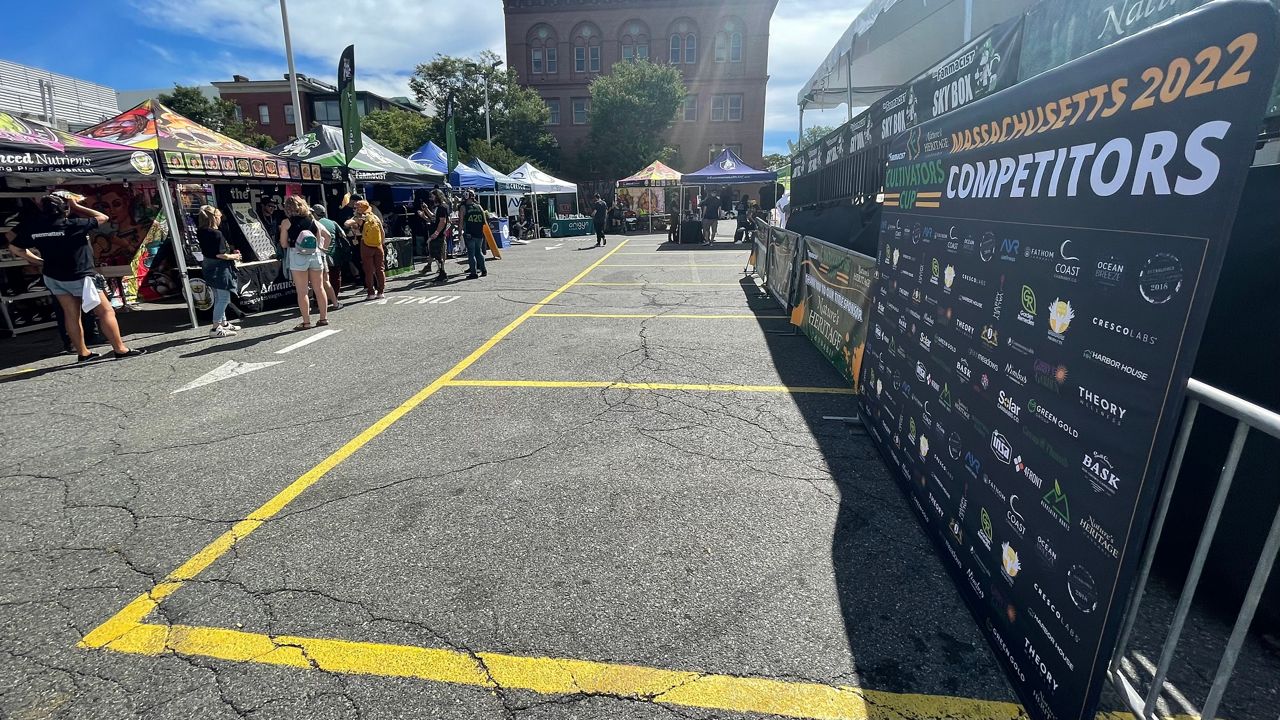 WORCESTER, Mass. - This Labor Day weekend, some will be celebrating cannabis in Downtown Worcester as the Cultivator's Cup took over the Palladium.

The two-day gathering is centered around celebrating, and building a community for cannabis culture. Enthusiasts, consumers, and supporters of cannabis were invited to explore, discover and celebrate new favorites in the regulated cannabis markets. The event started in Rhode Island and became the first legal cannabis competition in the country. The concept is people's-choice, where visitors can judge the different brands of cannabis. Vendors from all over the world were represented. Organizers say it is an accessible way for adult consumers to become informed judges of what the industry’s cannabis producers have to offer.

"To me it's historic. It's the biggest thing that I've done so far and honestly, personally, it just means a lot for me to be in the city, not pushed off to the side," said the event's founder Jordan Carlson. "They gave us a permit really quick, you know. In ten years we've never had any issues and we hope that today is the same thing. It's tons of love and people just sharing in the camaraderie of the plant. And Worcester seems like a real good fit. It's a really progressive city. It's a lot of new growth and they have a real strong cannabis presence here. And I think this is going to be our home in Massachusetts for a while to come now."

The event goes through Sunday night, with performances throughout the weekend including Bone-Thugs-N-Harmony and Busta Rhymes on Saturday.