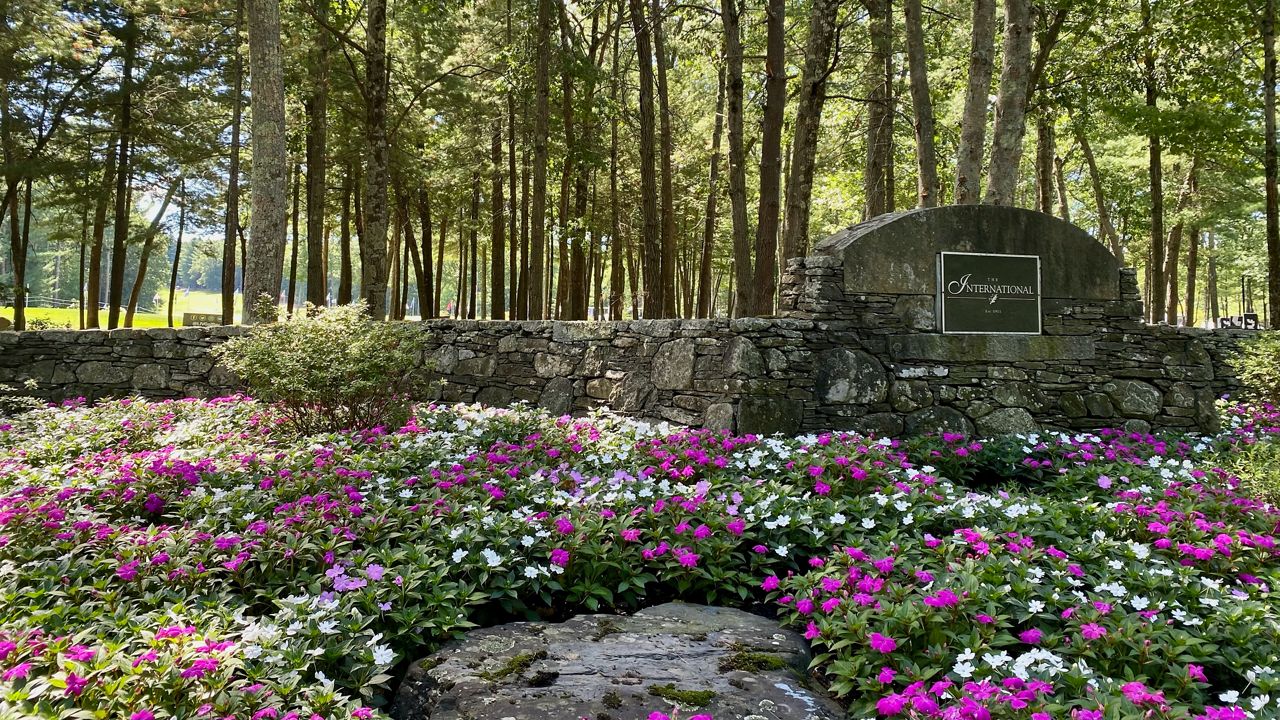 Everything at The International in Bolton is ready to go for LIV Golf’s tournament this weekend. (Spectrum News 1/Meghan Parsons).

LIV Golf tournament at the International in Bolton starts Friday

BOLTON, Mass, - Everything in Bolton is ready to go for LIV Golf’s tournament at The International this weeknd.

Town administrator Don Lowe said LIV organizers have been easy to work with. He’s been in touch with state and local law enforcement to have plenty of security measures in place.

LIV is permitted for an all-in number of 6,500 people, that includes golfers, workers and fans. To get an idea of what a crowd that size looks like in town, Lowe said an average day at the Bolton Fair brings about 10,000 people, so traffic is not a major concern.

Some people in town disagree with the tournament because of its ties to Saudi Arabia, but Lowe said it’s exciting to bring business and world class golf to the town of Bolton.

"For a small town like us to have one of only five in the country, it is certainly a unique experience for us," Lowe said. "It's been said on social media and in some are communities that we are receiving this windfall of money and that is simply not true. We are receiving the standard 10 percent administration fee for the police and fire details and we recieved the permitting fee for temporary structures that any other applicant would pay."

Parking for the tournament is at the Bolton Fairgrounds, which is actually in Lancaster. It's also the designated zone for protesters.

Lowe said he’s heard from a few organizations who plan to come out in protest against the tournament.