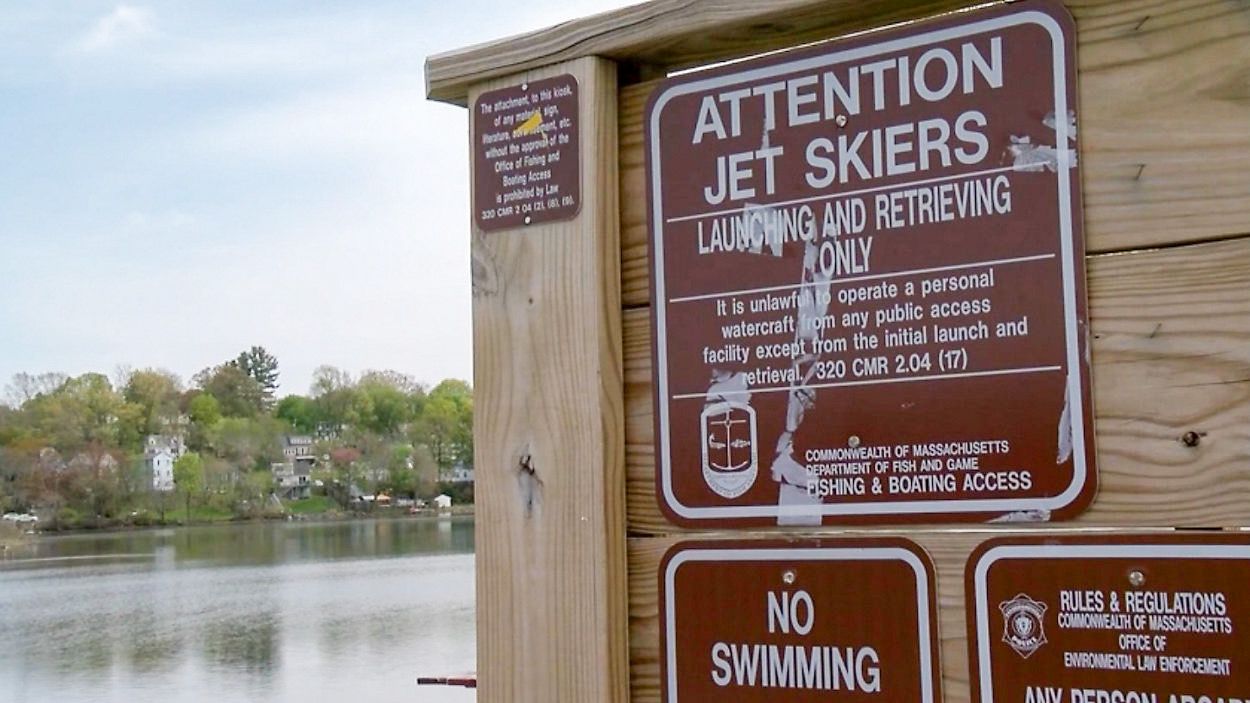 Lack of a police presence on Indian Lake is a concern amongst city councilors. (Spectrum News 1)

WORCESTER, Mass. - Jet skis haven't been allowed on Worcester's Indian Lake all summer, and some city councilors are looking at the idea of making a ban permanent.

A temporary measure went into effect last August and is set to expire at the end of September. Councilors Sean Rose and Candy Mero-Carlson supported a permanent ban at a subcommittee meeting Monday night, citing safety concerns as well as a lack of consistent police presence at the lake.

"We have a hard time in some cases addressing some of the traffic and parking issues and noise challenges that we have on the lake," said Rose. "I just can't imagine that it's realistic to presume that we'd have a daily presence on the lake. It's just nearly impossible."

Councilors also discussed banning jet skiers who are not Worcester residents. But at-large councilor Khrystian King has concerns about a permanent ban. He said the city has not gathered enough information yet.

"Education and enforcement," King said. "And again, I don't have any plan on education or enforcement. That's a challenge for me. Again, I would support a temporary ban moving towards the spring so we can get that information."

King said he's also concerned about more people taking their jet skis to Lake Quinsigamiond should Indian Lake's ban become permanent. The item will now go to the city manager's office before heading back to the full council.