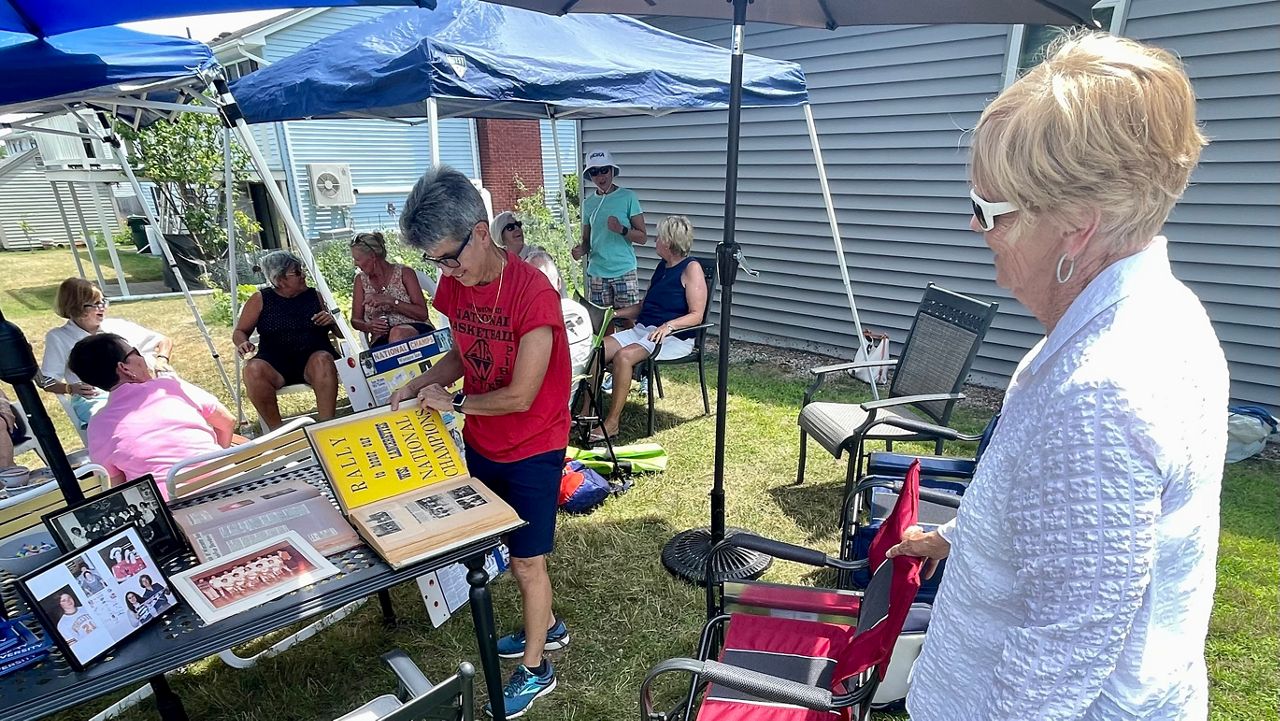 The 1980 Worcester State College team won the AIAW Division III national championship, becoming the only national team championship in the college's history. The Lancers defeated Wisconsin 76-73 at Whitworth College in Spokane, Washington. Members of the team gathered for a 40th-anniversary celebration, one which was scheduled for 2020, but COVID-19 hit the pause button on it. Players reminisced with photos, newspaper clippings, and just being able to catch up with one another. It was a chance for players to look back on what was a magical time in the program's history.

"While we were in regionals we kept hosting the regionals at Worcester State and winning," said Donna Devlin, who coached the team that year. "So as long as you won you kept going on and we kept hosting. And then when we won the final game to get us to the Final Four it was pretty special."

"We had such a great time at Worcester State," said Cathy Westall Kuzmeskus, who played on the team. "We are lifetime friends, we still get together. Going to the national championship, all the games leading up to it, it was so exciting. We just had an awesome time.​"