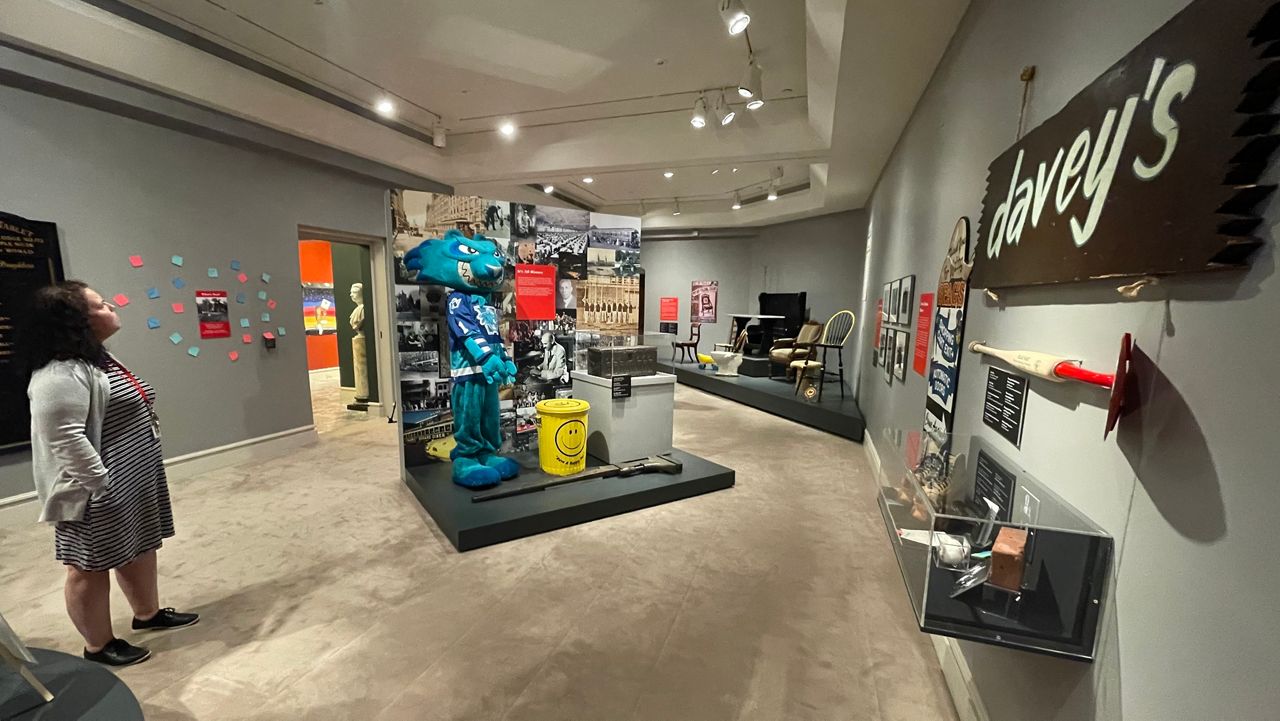 Worcester is celebrating its 300th birthday this year, and a new exhibit at the Worcester Historical Museum looks at the city's history.

"We All Got History...Worcester at 300" looks at some of the people, places and things that make Worcester "The Heart of the Commonwealth."

There are historic and modern objects, paintings and documents, like a nearly 170-pound, six-foot long monkey wrench manufactured by the Coes brothers, and "Scratch" the mascot of the Worcester Ice Cats.

The exhibit also features a woman's work uniform worn during World War II at the St. Pierre Manufacturing Corporation, and a Lego version of the Bancroft Tower made by WPI's Lego Club.

The museum is inviting people to explore the exhibit and see where their story fits in the city's historical narrative.

"I think that they can connect to something in Worcester’s history and see themselves in some way,” said exhibit coordinator Vanessa Bumpus. “Whether you had a relative that worked in a factory illustrated by the outfit by Pierre Corporation, or have been to Redemption Rock Brewing, and we have some of the cans on the beers we collaborated with them on, there’s a little bit of a connection. History is our one common thing. We all have a story to tell and we at the museum are here to collect those stories and preserve them for the next 300 years."

The exhibit will be on display through September.

The museum offers free admission during July and August in collaboration with the Tercentennial Committee.