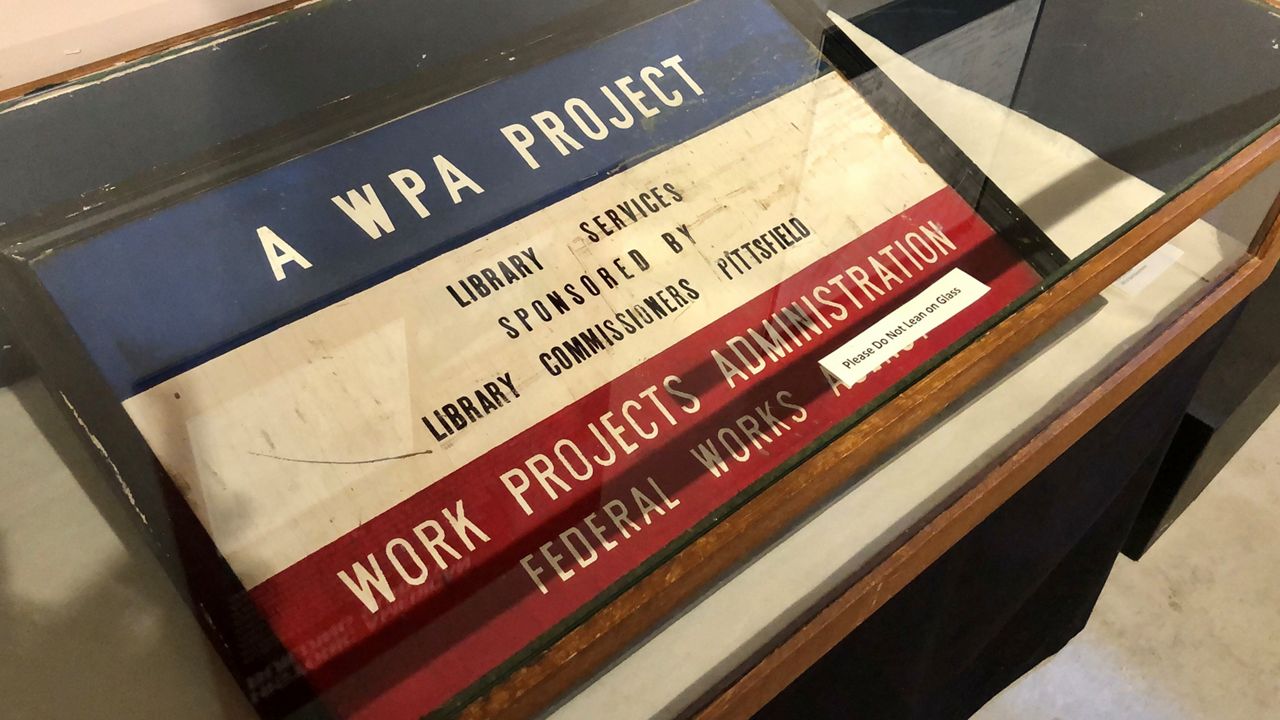 PITTSFIELD, Mass. - It’s been nearly 90 years since president Franklin Delano Roosevelt put New Deal programs into action, and a new exhibit at the Berkshire County Historical Society explores the impact they had locally.

“There’s really such a rich history to it,” said Erin Hunt, curator at the historical society. “It’s not something that you necessarily learn in your high school history class.”

Many Works Progress Administration programs were active in the county, including the Berkshire Athenaeum’s bookmobile, which ran until the 1970s, and the federal writers program, which produced several travel guides.

“It was really sort of to help increase tourism and give people a sense of things to do,” said Hunt. “One thing that I really like about the Berkshire Hills guide and the Massachusetts guide is that there’s really great walking tours and driving tours, and some of them you can still do today.”

Another impactful New Deal program was the Civilian Conservation Corps. It established several local recreation areas which are still used today, including Bascom Lodge at the summit of Mount Greylock and the trail system at the Pittsfield State Forest.

“There was no paths, there was no roads, it was completely impassable,” said Hunt about what is now the Pittsfield State Forest. “Everything that’s there now is from the CCC.”

There were widespread sewer and road improvements as well, but for Hunt, the New Deal’s lasting legacy in the county is the focus on tourism and recreation.

“The Berkshires identity is that we are still kind of this destination, this tourist, second-home owner escape,” said Hunt. “And most of that infrastructure was put in place during the 1930’s through the CCC, through these programs.”