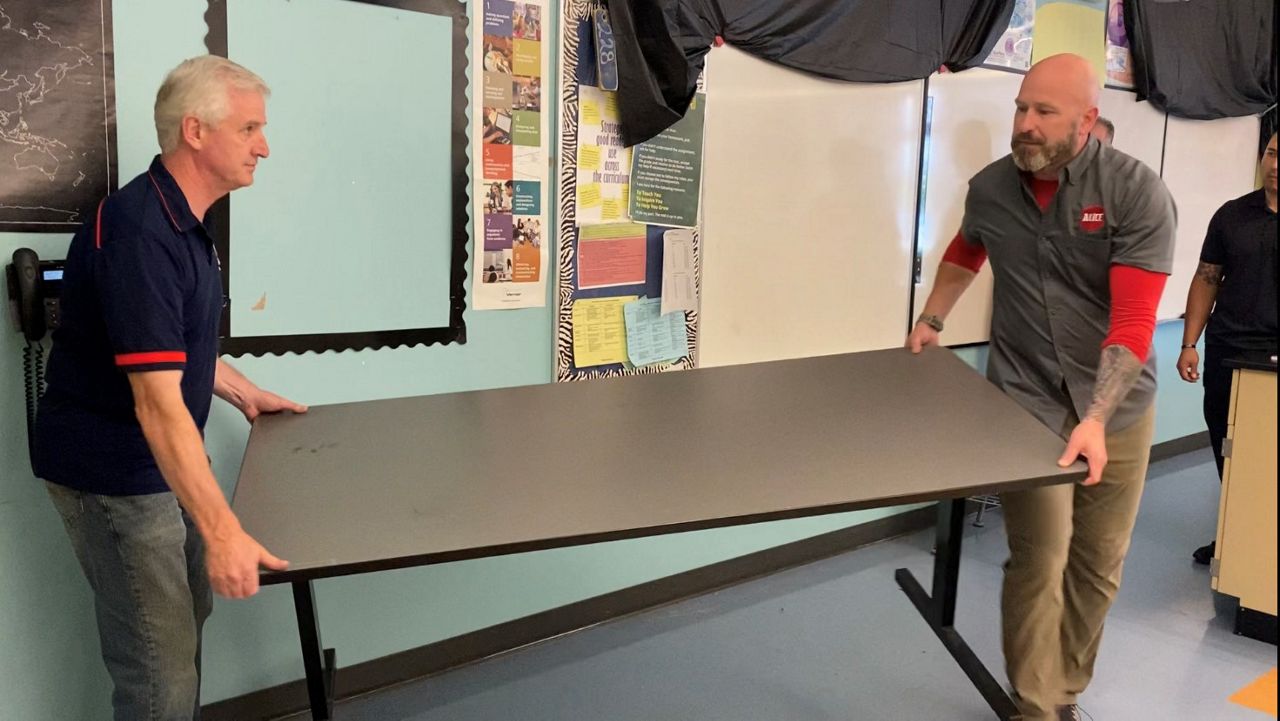 Participants on Tuesday move a table to blockade a classroom door.

WORCESTER, Mass. - Teaching educators how to barricade a classroom door in the event of a school shooting; It’s a lesson which could save lives.

“If I drop the head of the extension cord,” said one of the ALICE trainers while demonstrating how to blockade a door with an extension cord. “Again, I have to be confident enough to open the door. Span something that goes across the door, simply give that a quick tug. This might take a couple seconds. So it’s not ideal. But if I had the time to do it.”

An active shooter training at North High in Worcester on Tuesday focused on closing off the classroom.

The program is called ALICE, which stands for alert, lockdown, inform, counter, and evacuate.

This scheduled training comes weeks after the school shooting in Uvalde, Texas. Teachers went through a hands-on scenario. Their job was to keep a violent intruder from getting into their classroom.

“If he’s going from room to room and trying to open doors, in some cases from previous mass shootings in schools, that person would shake the door, can’t get in, and move on,” said School Safety Director Rob Pezzella.

Pezzella is a certified trainer and said seven Worcester Police officers will also be certified.

They’ve held ALICE trainings like this for four years and are planning more at every school starting in January.

“You could be in a situation where it is survival, life or death,” said Pezzella. “So we have to make sure that if you’re going to be protecting yourself and your student body or others while the intruder is in the building, you might have to be very creative in knowing how, for instance, barricade your classroom door.”

On top of ALICE training, a federal grant will allow the Worcester Public Schools to purchase new technology, which will let educators text 911 should there be a violent intruder in the school.

Pezzella said there’s still has to be the bidding for a vendor, but is hoping the implementation of this program can happen right around January.