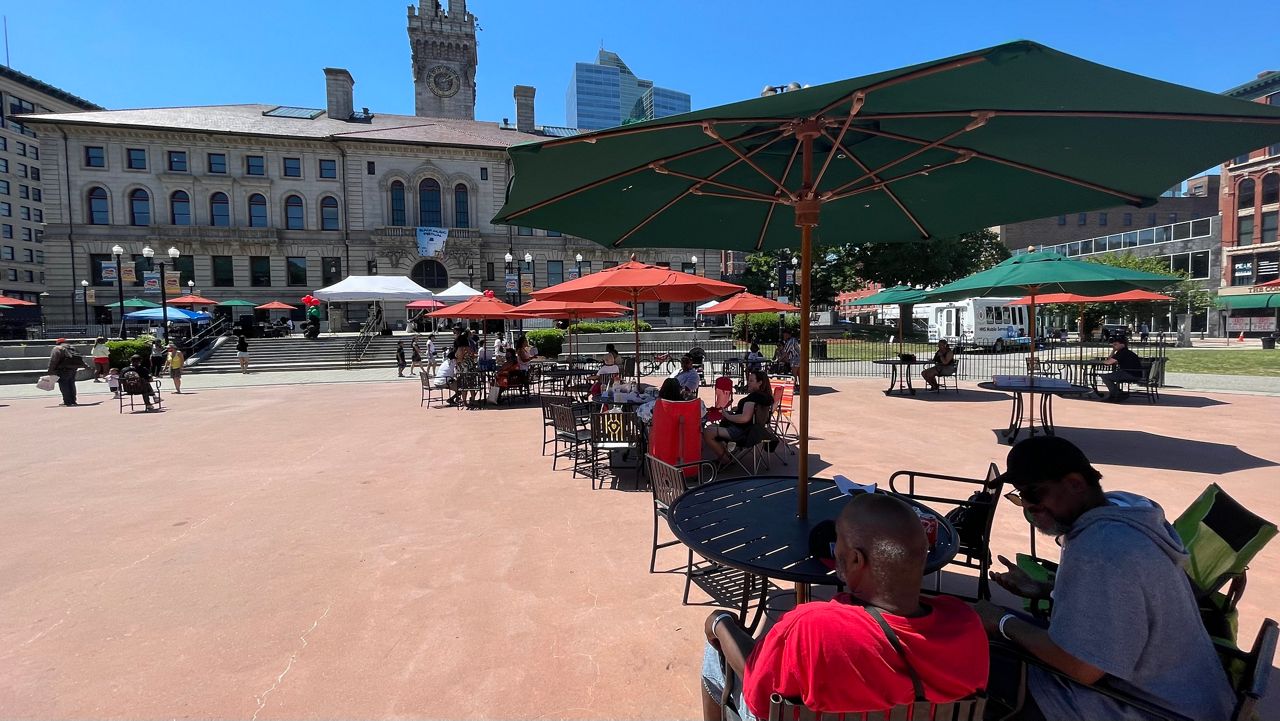 WORCESTER, Mass. — There was plenty of live music in Downtown Worcester Saturday.

The Worcester Black Music Festival filled the Common. It was a celebration of the many contributions and influences Black and African Americans have made in society. It also served as a way to recognize diversity and inclusion efforts in New England. There were a range of musical performances from local artists, with musicians playing guitars, banjos, saxophones and plenty of other instruments.

"A beautiful culture representing all backgrounds," said Event Coordinator Efua Dufu. "We have the African American folks as well as Africans here, coming together to really put this on for the city. The unity here is amazing."

"We're so excited to have the community come out and support our efforts of our group to bring everyone together, celebrating Black music from Africa to the United States and everything in between," said Uncommonwealth Group Founder Charles Luster.

The festival was hosted by the Uncommonwealth Group. This was their first Black Music Festival in the city. Local vendors also offered food, resources and services.