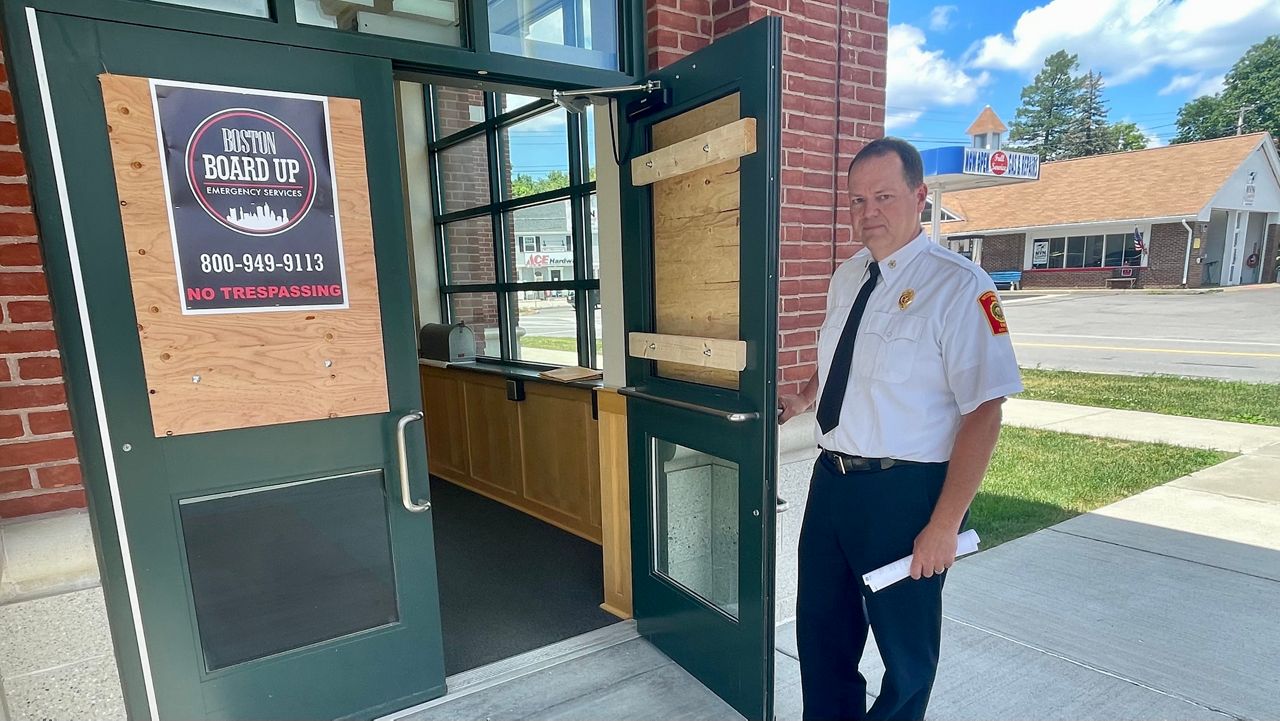 Westborough Fire Chief Patrick Purcell stands next to the boarded up doors at fire department.

WESTBOROUGH, Mass. - Police arrested a man who they say broke glass doors at the Westborough fire department headquarters on Monday.

Early Monday morning, dispatchers on site heard a loud bang and saw a man, later identified as Kevin Tupper of Northborough, pointing something at them with a red laser.

When police arrived, they said Tupper began pointing the object at them too. They discovered it was an infrared thermometer.

Tupper is facing charges for damaging property and for breaking and entering.

“I think the combination of the fast police response and their training really proved to have a successful outcome,” said Westborough Fire Chief Patrick Purcell. “Had this gone on any longer, I’m not sure he wouldn’t have gotten inside the building. If it wasn’t for their attentiveness, I’m not so sure they wouldn’t have noticed that it wasn’t a firearm.”

“We’re very fortunate for the outcome here today. We’re happy our employees are okay, and over the top, we’re very happy of the Westborough police,” Chief Purcell added.

Police said Tupper also broke into an on duty firefighter’s vehicle and removed items, including the thermometer.