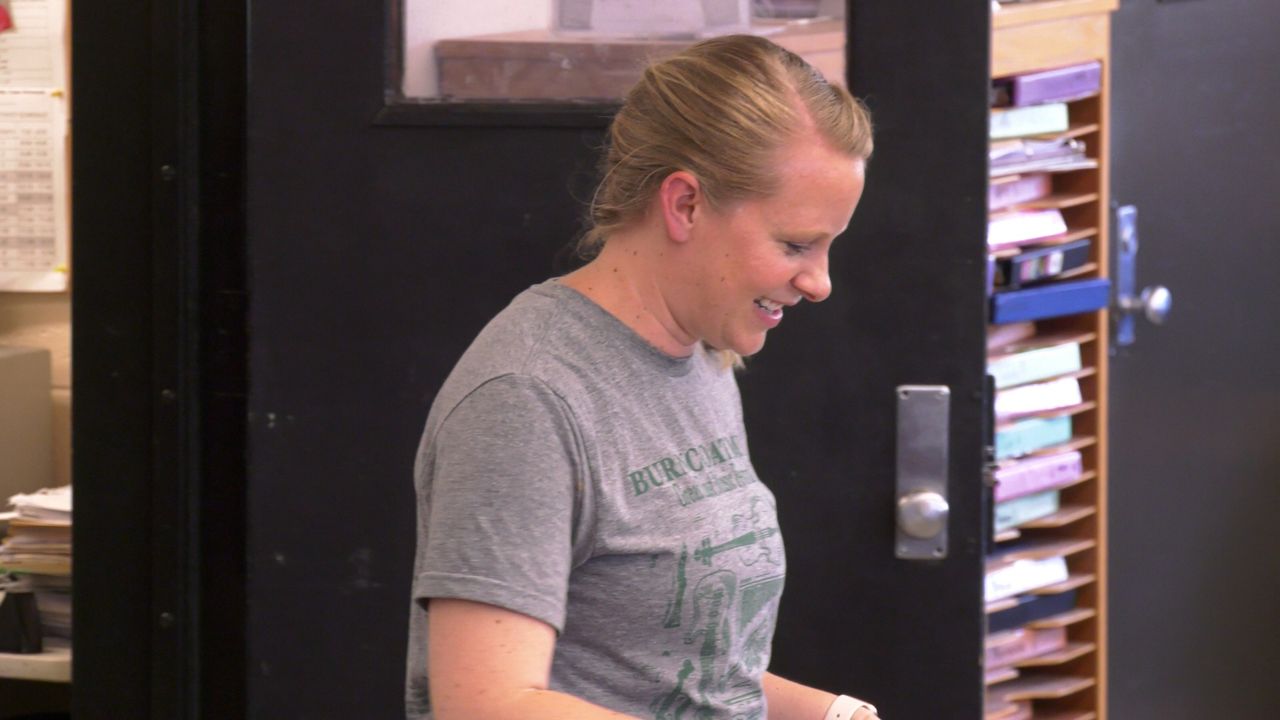 A Worcester music teacher is a quarterfinalist for the 2023 Music Educator Grammy award, and her students say the distinction is well-deserved.

Meredith Lord, a music teacher at Burncoat High School, was inspired to teach after seeing the positive impact her mother had on students. Instead of following in her mother’s footsteps to become a chemistry teacher, Lord’s enthusiasm lies with the ensemble.

“I didn’t really have plans to be a music teacher. I just wanted to be any teacher for anything,” Lord said. “I got into my other general education classes and realized that all of my music classes were where I really found a lot of passion and excitement.”

Lord has passed on her passion and excitement for music to her students at Burncoat High, often repeating the phrase, “Above all else, be kind.”

“It’s music, it’s supposed to be something that enriches everybody’s lives,” Lord said. “Whether they go on to be first chair of the symphony orchestra in the Boston Symphony or they go on to play ukelele with their friends at karaoke night or something, as long as their lives are being enriched.”

Lord is one of 207 teachers from 180 cities nationwide to advance to the quarterfinal for the award, and her students certainly feel she has what it takes to win a Grammy.

“She’s so supportive,” said Abigail Jones. “I came into this year thinking ‘I should join jazz band!’ and she’s like ‘Yeah, don’t do violin, do trombone!’ So now I’m playing another instrument.”

But Lord’s also given her students more than a love for music - she’s given them a role model.

“We can learn a lot from Ms. Lord. She’s one of the most reachable teachers I have,” said Mauricio Gomes. “If you have to ask Ms. Lord anything in the world, you can ask her.”

“She’s just the best. Her room is always such a safe space,” said Brigid Keaney. “I come in here and eat lunch, and I have been the whole year. It’s just always such a wonderful atmosphere in here and everyone is so encouraging and supportive, especially her.”