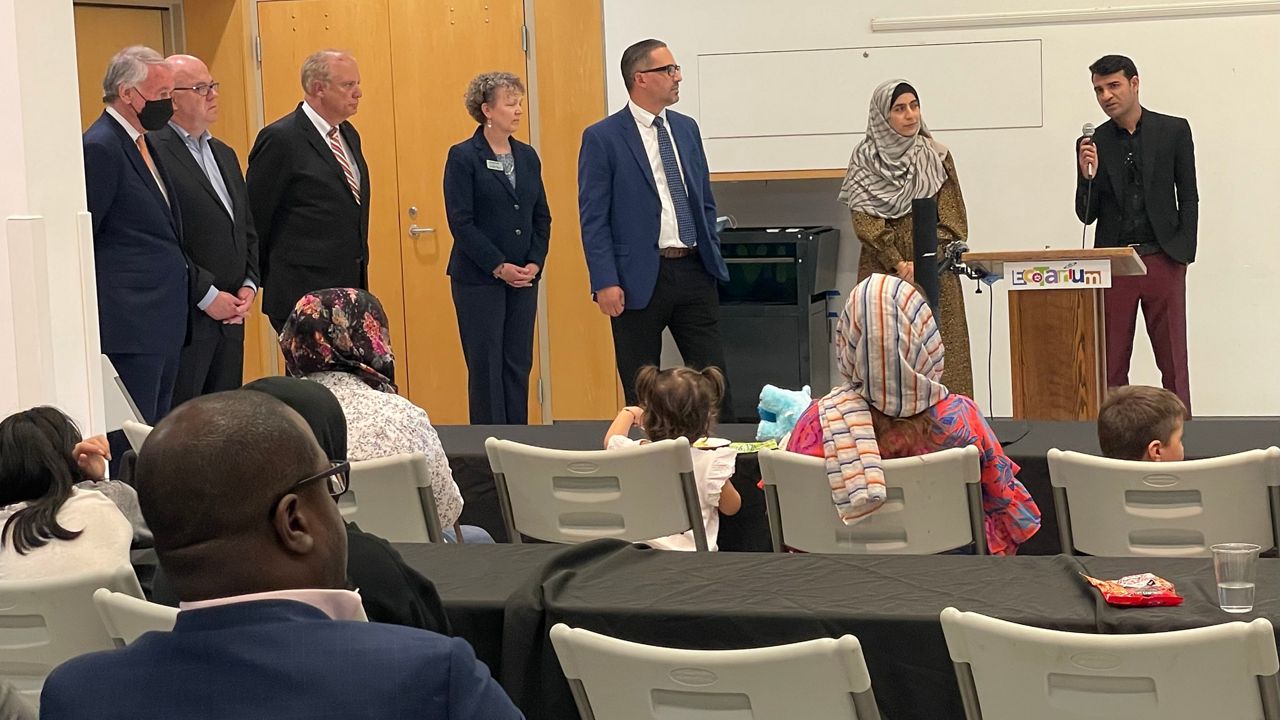 Afghan refugees in Worcester to learn about educational opportunities

Senator Ed Markey and Congressman Jim McGovern joined the 'Worcester Together Afghan Refugee Working Group' at the Ecotarium in Worcester.

Thousands of refugees settled in the state after leaving Afghanistan last year during the American military’s withdrawal from the country.

The goal Friday was to show families the different resources and educational opportunities available.

"It is really a thrill to be able to welcome all the families here to the Ecotarium to get out and experience what some of Worcester has to offer in cultural institutions around the city," said Ecotarium President and CEO Noreen Johnson Smith.

"I went to Qatar about four months ago to see where they were flying from to meet them there and now I'm here so I can see where they landed and there is no better place in the United States than Worcester because of the loving concern which they have for these Afghans," said Sen. Markey.

The Ecotarium is also offering scholarships for summer programs to afghan children thanks to donations.