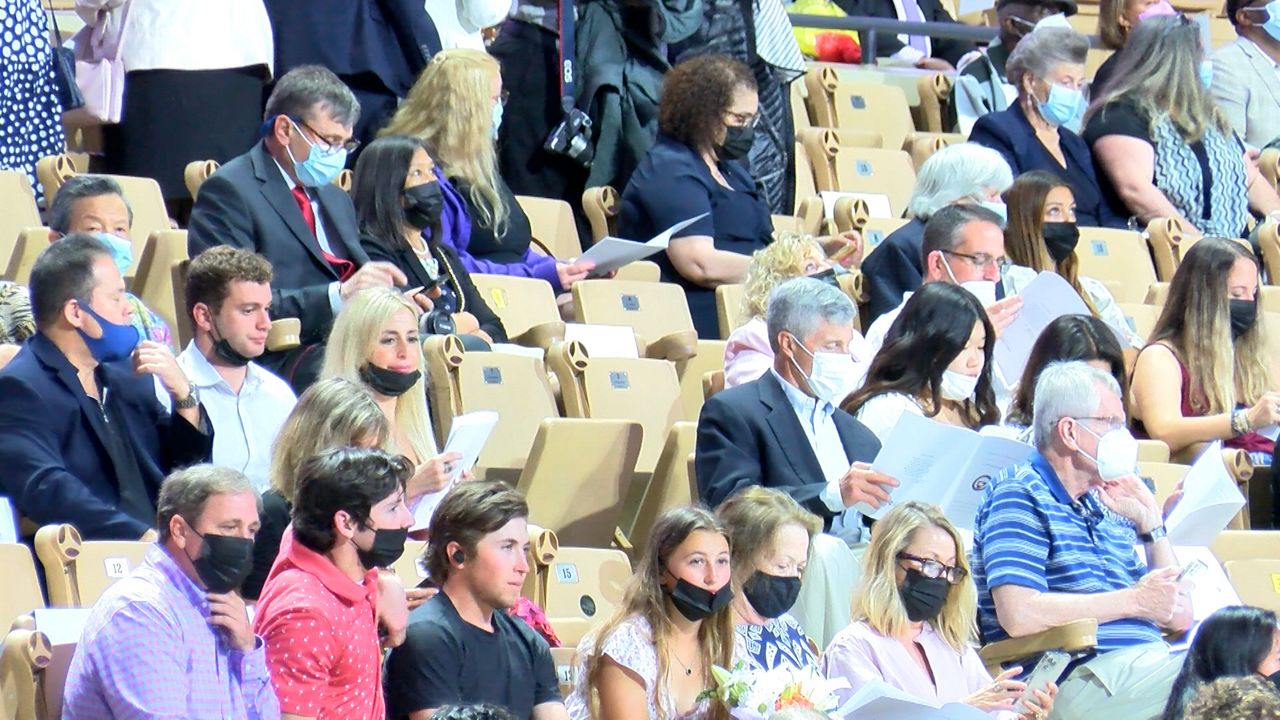 WORCESTER, Mass. - On Friday, the College of the Holy Cross held commencement ceremonies for the Class of 2022 at the DCU Center in downtown Worcester.

Spectrum News 1 spoke with several students who already had big plans lined up after graduation, but took some time to reflect on what an experience it’s been.

While the Class of 2022 spent about half of their college days during a global pandemic, it certainly didn’t dim their spirits.

“Lots of Facetime calls, lots of texting. One of my friends and I even wrote handwritten letters to each other and sent them along so that we’d have something to look forward to,” said new Holy Cross graduate Kerry Bresnahan.

Bresnahan said she’ll miss the friends who helped her to the finish line, because at first, college life wasn’t so easy.

“Freshman year, when I was really struggling to transition, I decided to do spring break immersion and met all of my best friends on that trip,” Bresnahan said. “To this day, I’m still roommates with one of them and still really close to all of them.”

Other grads say they’ll miss the moments we often take for granted.

“I think I’m going to remember the everyday things, like going to get coffee with people in the morning and sitting and doing homework with my friends,” said graduate Brianna Cummings.

Next month, Cummings will start her career with Team Impact, a nonprofit connecting kids with life-threatening illnesses to a college team ready to support them.

“The interactions between the teams and the young kids, and also vice versa, has an impact on their personality and on their outlooks on life,” Cummings said. “Making someone feel just a little bit better with your conversation is something I really wanted to be a part of.”

And speaking of student athletes, it’s difficult to guess what Holy Cross defensive lineman Matt Cedeno will miss the most.

“I mean it’s an interesting experience being part of a D1 football team, but overall, the thing that sticks out to me was the family that we were able to forge in that locker room,” Cedeno said.

Above all else, the new Holy Cross graduates were feeling grateful.

“The friends I’ve made and the professors I’ve met have really helped me along the way in a lot of different ways,” Bresnahan said.

“The people that I met are what made this place so special and I’m glad I’ll get to keep them around after we leave, but I think that’s the thing I’ll remember most,” Cummings said.

“Definitely want to thank my parents so much for all the support, and thank you to anyone that’s helped me. Thank you so much,” Cedeno said.