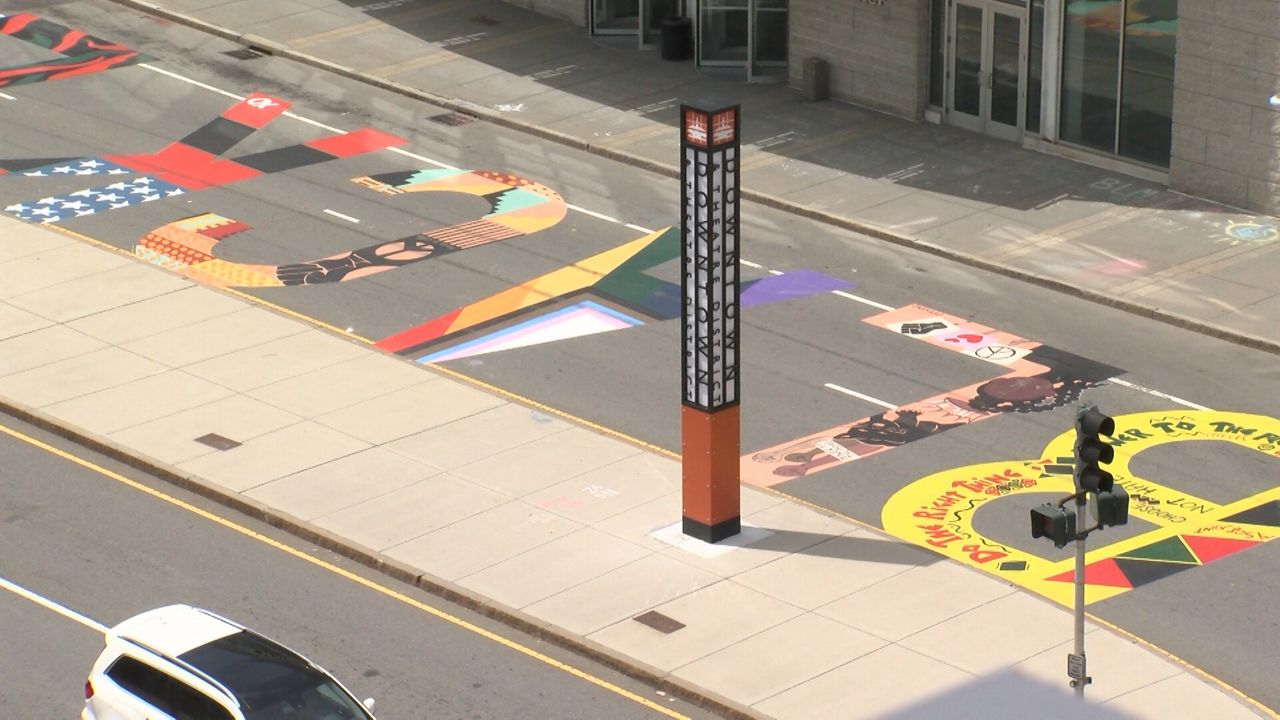 The Black Lives Matter mural painted in downtown Worcester in 2020 following the murder of George Floyd.

WORCESTER, Mass. - It’s been two years since the murder of George Floyd in Minneapolis. The local NAACP Worcester branch said it feels like some things still haven’t changed.

NAACP Worcester president Fred Taylor points to the mass shooting at a grocery store in a predominantly Black neighborhood in Buffalo, N.Y. earlier this month.

Taylor said Worcester has taken steps forward, but it’s taken some steps back. He said it’s positive the city created a Chief Diversity Officer position, but it hasn’t been able to retain someone in the spot for very long.

He also said he’s happy about the removal of school resource officers from public schools, as well as the naming of the first Latino superintendent for Worcester Public Schools and interim city manager.

Taylor hopes in the future, Worcester will have more Black leaders and use the process they used to find the new superintendent.

“I think a lot of people don’t apply for certain positions because they feel like they don’t have a chance because sometimes they feel like only a friend of a friend can actually get the position,” Taylor said. “By doing it the way we did it, it sends a message to everyone that anyone can have this job as long as they have the qualifications.”

Taylor served on the ad hoc search committee for Worcester’s superintendent.  He said it’s important to keep fighting for racial justice both locally and nationally.