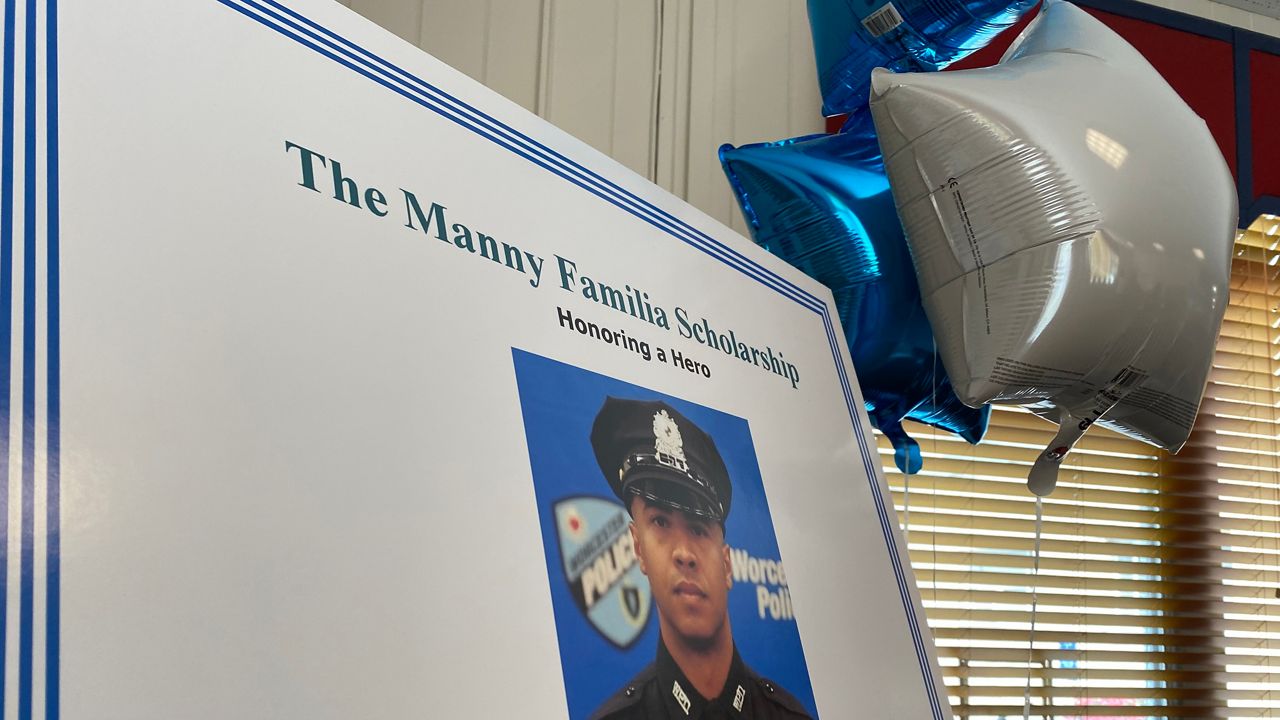 The Massachusetts Latino Police Officers Association renamed their scholarship to the Manny Familia Scholarship at a ceremony Saturday. It was originally formed in 2014 to help Latinos and Latinas in the state achieve their goal of attending an accredited two or four-year institution, or attend an approved Massachusetts Municipal Police Training Committee Course. Familia's brother Elvin says their family is honored to have the scholarship named after Manny, and they're proud of what he's done for the community.

"It's very special because knowing Manny the way I knew him, he was always in service," Familia said at the ceremony. "The fact that he's still serving even after he is gone is special and we know that this is going to help tremendously to other officers just like him, that have the dream to become public service, police officers, whatever it may be that this scholarship may help. The funds will be available for it."

The event was held at Anna Maria College, where Manny was a student. For more information on the scholarship and how to apply, you can visit the Massachusetts Latino Police Officers Association's website.