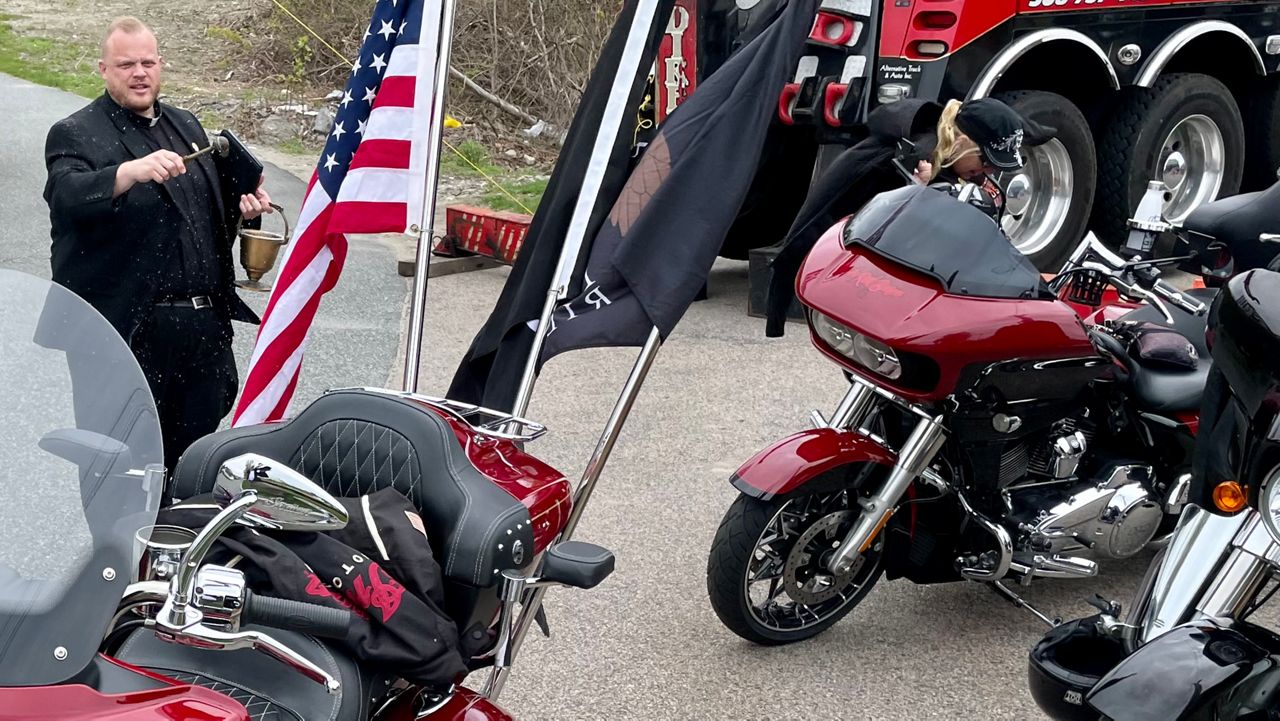 WORCESTER, Mass. - For the second year in a row, the Vernon Hill American Legion Riders hosted the Blessing of the Bikes fundraiser.

Saturday's ride was kicked off with a prayer from Father Jonathan Slavinskas from St. Bernard's Church. He blessed the bikes with holy water. This year, the riders were raising funds for the church's at-risk youth programs. Donations will also benefit the Til Valhalla Heroes Truck, which is a suicide prevention program for veterans. The truck has more than a hundred names on it, representing service members who have taken their lives to suicide. More than 50 of members rode their bikes to Webster before turning around and heading back to the city.

"We always like to help the community the best we can," said Richard Smalley, who is the Assistant Director for American Legion Riders in Worcester. "This is a tough situation, especially for many of the young military men and women coming back with PTSD and some of the problems they're encountering right now. Suicide is up more than it has ever been in the military. They just need all the help they can get."

Sadly, there were four names added to the truck Saturday, bringing the total up to 135. Organizers of the ride were hoping to raise at least $4,000.