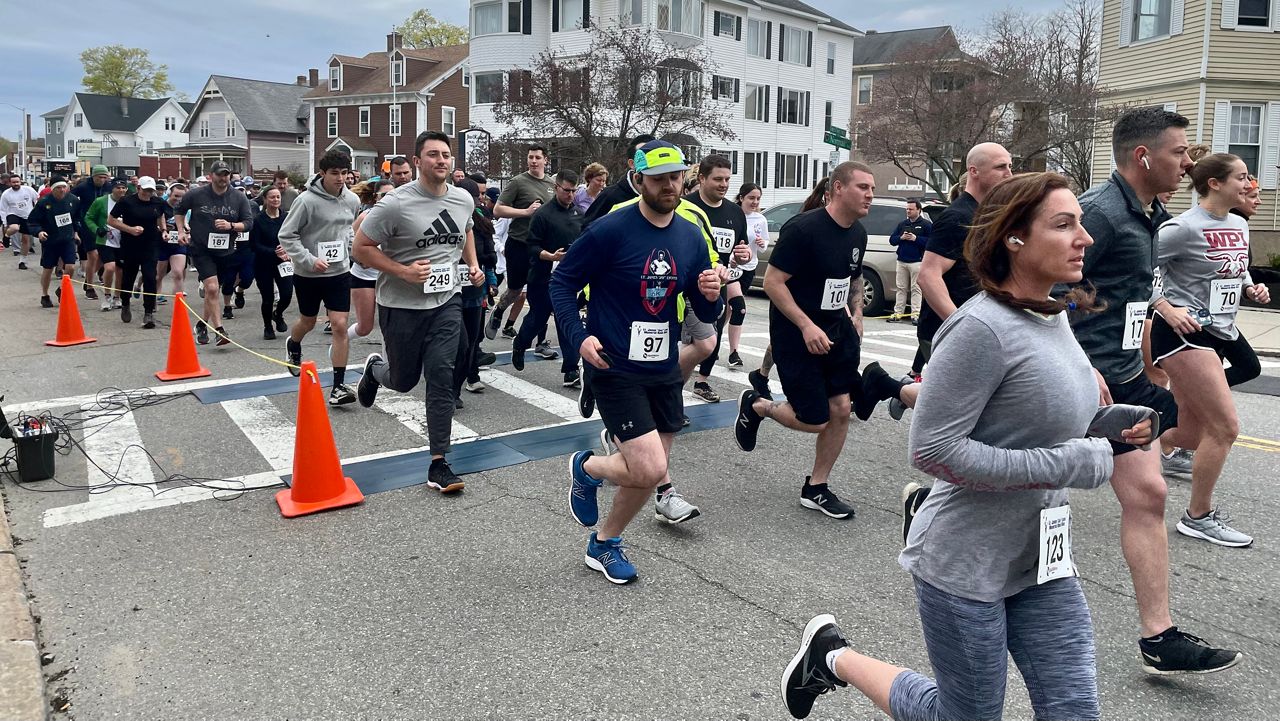 A ceremony before the race commemorated the 20th and final year of the road race.

It's run in honor of Lt. Lyons who was one of the six Worcester Firefighters who died in the 1999 Cold Storage Warehouse Fire.

In his memory, his classmates at Doherty High School established a scholarship fund through the Greater Worcester Community Foundation and the race solely raises money for the scholarship.

The race started at Blessed Sacrament Church and continued through the Newton Hill neighborhood.

Organizers say they're proud of how successful the race has become.

"I think it's been an overwhelming success," race committee volunteer Brian Durkin said. "The outpouring of community pride and loyalty, I think, is amazing. So yeah, it's like a homecoming every year."

A scholarship is awarded annually to a Doherty High School senior and is available for each of their four college years.