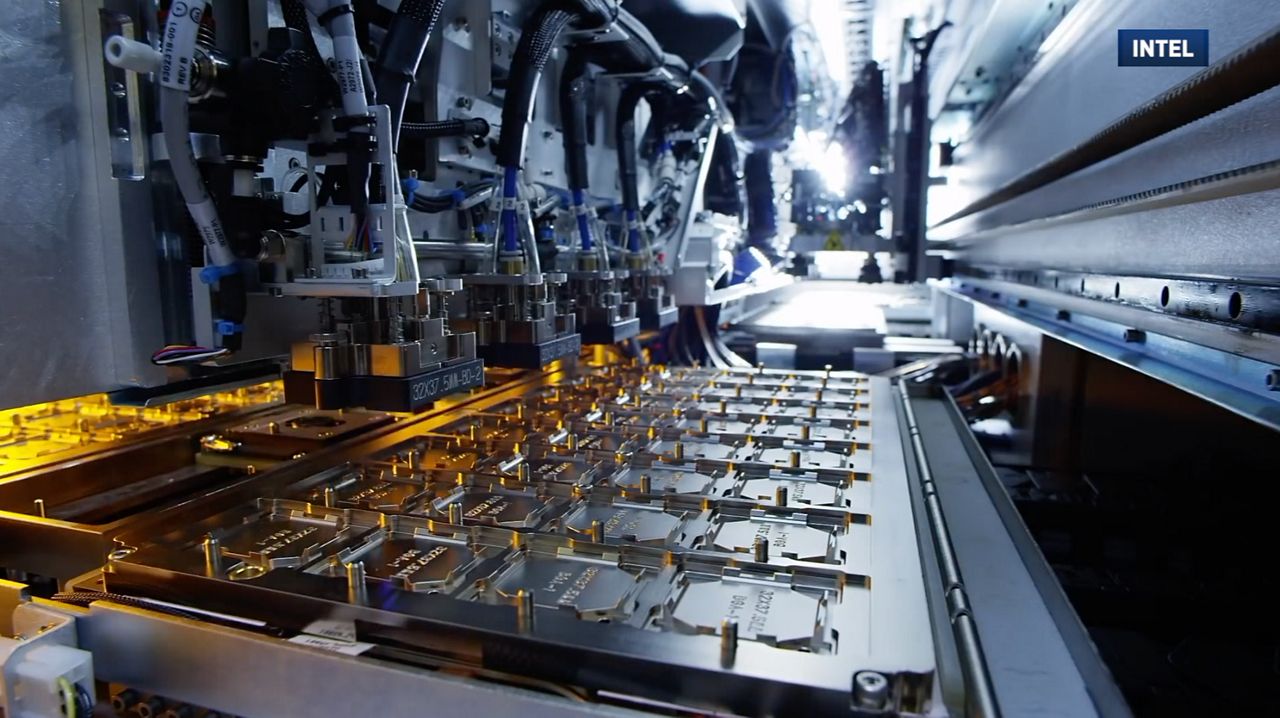 A committee has formed to help bridge the gap between a House and Senate version of a bill aimed at improving America's competitiveness in a global economy.

A Massachusetts congressional representative is among a group of Democratic lawmakers now tasked with finding a compromise between two pieces of legislation aimed at making the U.S. more competitive with China.

However, there are some critics who question the need for such legislation and have issues with the enormous price tag the legislation carries.

Making America more competitive economically with China is the goal of just about every lawmaker in Washington. What legislators on Capitol Hill can’t seem to agree on is how to do it. Versions of the America COMPETES Act have been bouncing between the house and senate for two years..

“American Competes Act is important, because it will help deal with some of the supply chain issues. Obviously, by virtue of its title, it’s gonna make sure that our businesses and our companies could be more competitive in this global economy,” said Rep. Jim McGovern (D-Mass.).

Now, a committee of roughly 100 lawmakers is coming together hoping the House and Senate can bridge the gap between both versions of the bills. Both versions include increased funding for U.S. production of semi-conductor chips and both include provisions to increase America’s supply chain security. It’s how the versions differ that has some critics concerned.

“There is a lot to reconcile between them. And we’re talking on fundamental policy issues, like the thing that I was mentioning on green energy intervention. I mean, that’s something that Senate Republicans are not even going to be willing to play ball on,” said Tori Smith, Director of International Economic Policy at American Action Forum.

Rep. Richard Neal (D-Mass) and Rep. Chellie Pingree are among those on the committee. Their house colleague McGovern told Spectrum News 1 that he’s optimistic they can reach an agreement.

“It needs to be passed and I expect that the fact that we are now going to conference is a sign that there’s a willingness in the Senate to work with us to reconcile the differences,” McGovern said.

Critics say what legislators have failed to acknowledge is just how much implementing the COMPETES Act would cost taxpayers. It’s money that some of them think would be better to spend on addressing other quality of life issues.

“We’re proposing to spend over $50 billion on making computer chips. But meanwhile, we’re not investing in domestic manufacturing of things like clean energy against the climate crisis,” said Ashik Siddique of the National Priorities Project at the Institute for Policy Studies.

The price tag on the COMPETES act was about $16 billion when it was first introduced in Congress, but now both the House and Senate versions are expected to cost upwards of $200 billion.