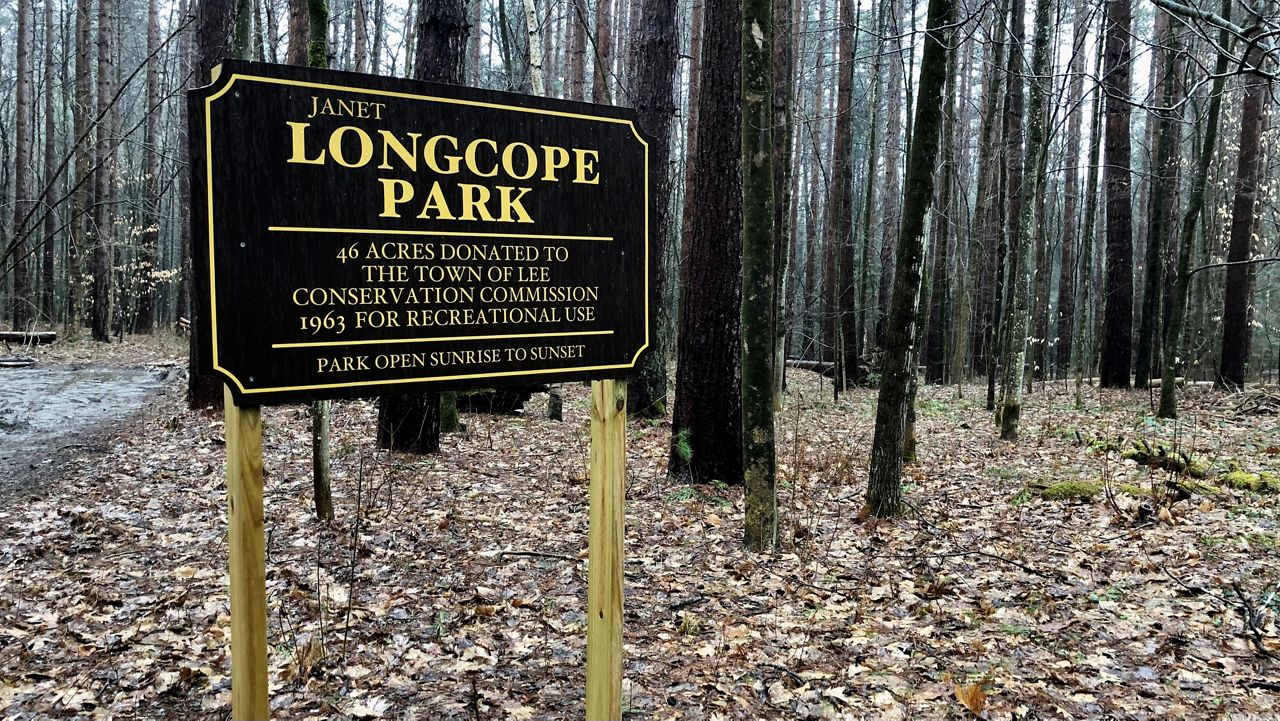 LEE, Mass. - Local and state police are continuing their search for a New York woman, who has been missing since Sunday, in Lee.

Meghan Marohn, 42, of Delmar, N.Y. was last seen on Sunday, and her car was found Tuesday near Longcope Park in Lee.

Police said Marohn likes to hike and solo hiking trips like the one she was apparently on are not uncommon.

As of Friday afternoon, there was no known evidence to show a crime took place.

Several state police cruisers were stationed at a property on Church Street Friday afternoon, just down the road from Longcope Park.

Lee Police chief Craig DeSantis said they focused the search on the area close to where Marohn’s car was found.

“We’re actually operating both in and outside of the park,” DeSantis said. “It’s approximately a two square mile area, and while that doesn’t seem large, that is actually a quite large area. I would say some areas of the terrain that we’re searching are extremely difficult, very, very thick, and that’s kind of hampered search efforts.”

While police are not accepting any outside help in the actual search, they ask anyone with any information to contact the Lee Police Department at 413-243-5530.