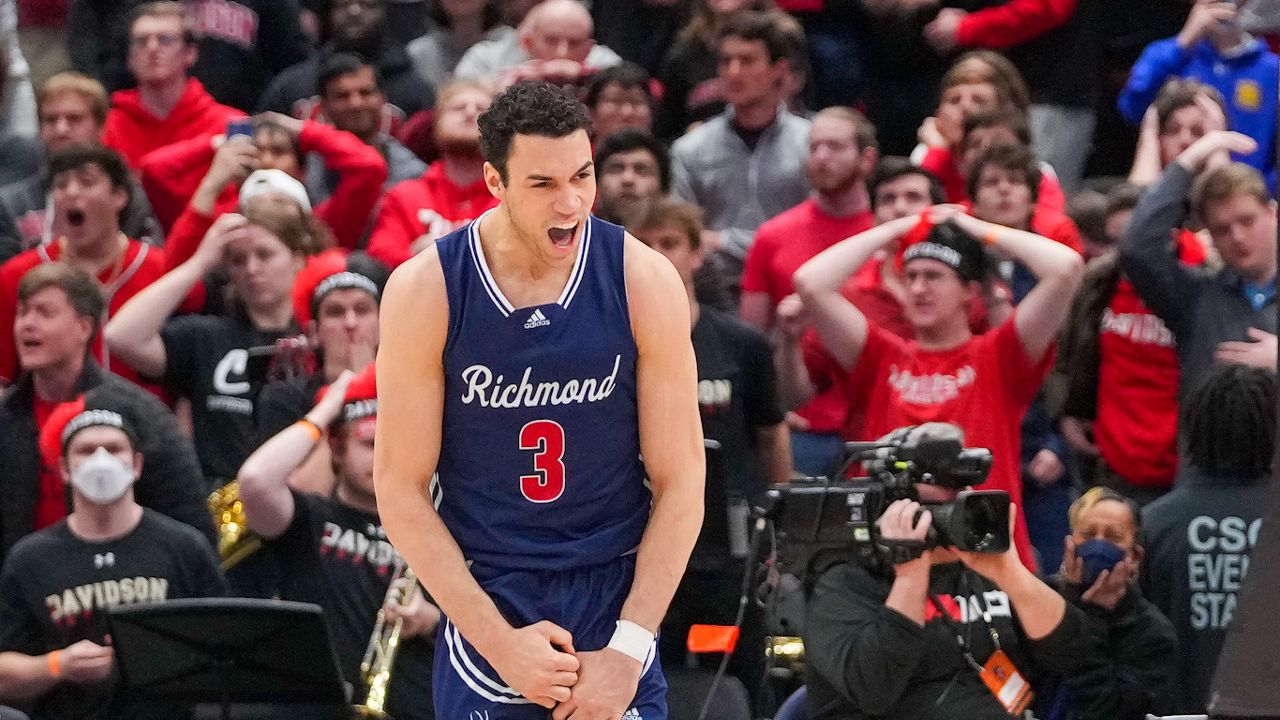 The University of Richmond men's basketball team is on a magical ride, lead by Uxbridge's own Tyler Burton.

The Spiders are in the NCAA tournament where they face Iowa on Thursday at 3:10 p.m. in Buffalo.

Burton, who went to elementary and middle school in Uxbridge before attending Marianapolis Prep for high school, leads the Spiders in scoring with over 16 points a game and rebounding with 7.5 a game.  Richmond, the 6th seed in the A-10 tourney, beat the 11th seed, the #3 seed, the #2 seed and the #1 seed in four straight days. In all four games, they trailed in the second half.

Burton was named 2nd team all A-10 this year as well as 1st team National Association of Basketball Coaches All-District 4.  Burton, a 6'7" junior, is carrying on a family tradition leading a team to the Big Dance. Burton's father, Quinton, led Providence to the Final Four as a freshman with the Friars coached by Rick Pitino.

Our Kevin Shea spoke with Burton about Richmond's incredible run to the NCAA tourney, as well as following in his dad's footsteps.