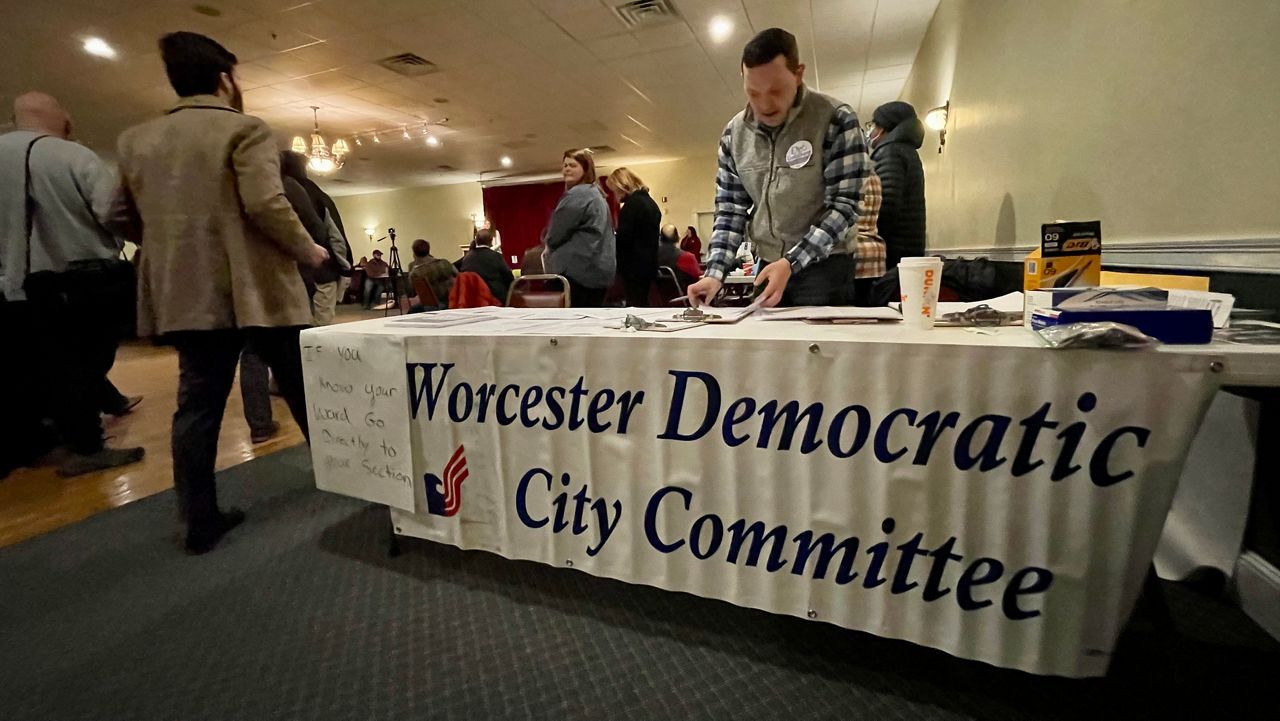 'Excited to be running': Healey, Chang-Diaz make stop in Worcester as part of local caucus

The two candidates were joined by fellow Democrats running for office at the Ancient Order of Hibernians on Temple Street. It was part of a caucus in the city. Chang-Diaz, Healey and many other candidates formally announced their run for governor after Charlie Baker said he would not seek a third term in December. Both women touched on what they're prioritizing should they be elected.

"Here today, excited to be running for governor, hoping to earn people's support from across the state," Healey said. "I think right now, people are concerned about the high cost of living. I want to work on that. I want to work on investments and infrastructure and making housing more affordable and improving transportation. I want to fix our childcare system. I also talk a lot about mental health because we've got to do more in the state to increase access to mental health services."

"In Massachusetts, we absolutely can provide debt-free, quality education to every one of our kids from birth until adulthood," Chang-Diaz said. "We can pass a green new deal to win the fight against climate change. And, create tens of thousands of good-paying, family sustaining new jobs in our state. And we can tackle our housing crisis, and close the racial health divide."

This year's Democratic state convention will take place June 3 and June 4 at the DCU Center. The gubernatorial election is scheduled for Nov. 8.