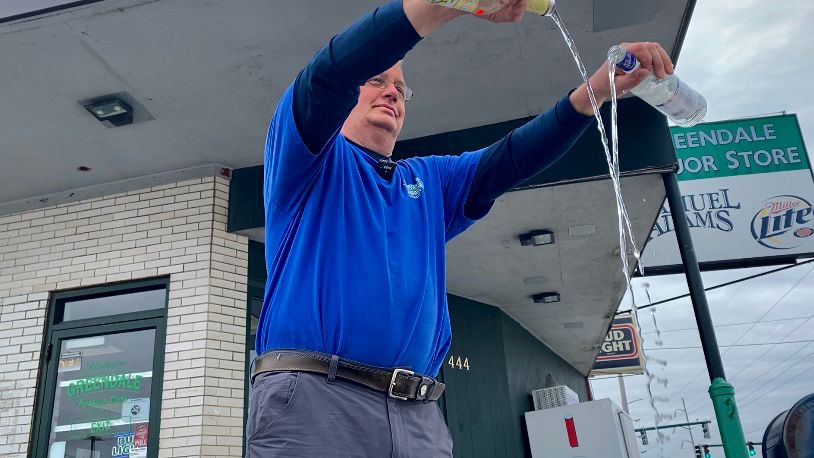 WORCESTER, Mass. - The vodka isn't made in Russia anymore, but McGovern's Greendale Liquor is sending a message.

"The vast majority of our customers believe it is made in Russia," William Talcott said. “It's just to show solidarity with the Ukrainian people.”

Talcott is pouring a popular vodka brand down the drain and is taking it off his shelves because of its Russian roots.

"Technically it's not made in Russia. It's made in Latvia," Talcott said. "We are watching this unfold on TV. It's almost like a video game, but it is so serious and now that Putin has mentioned nuclear weapons, it brings it to a whole other dimension."

You won't find any Russian liquor down the street at O'Hara's Wine and Liquors either. A half dozen bottles of Russian Standard are no longer for sale.

"We support the Ukrainians," Jimmy Vasiliadis said. "Anything Russian, any products, should not be on our shelves until they get the point that this is not the way to resolve issues."

Vasiliadis owns O'Hara's Wine and Liquors and said some of his customers feel the same way. They've reached out to make sure the vodka they're picking up isn't from Russia.

"Customers are very concerned about the products they buy," Vasiliadis said. "We have to be clear on that because we don't want to sacrifice someone who is not from Russia."

Ditching product costs the stores money, but both said it’s a small price to pay.