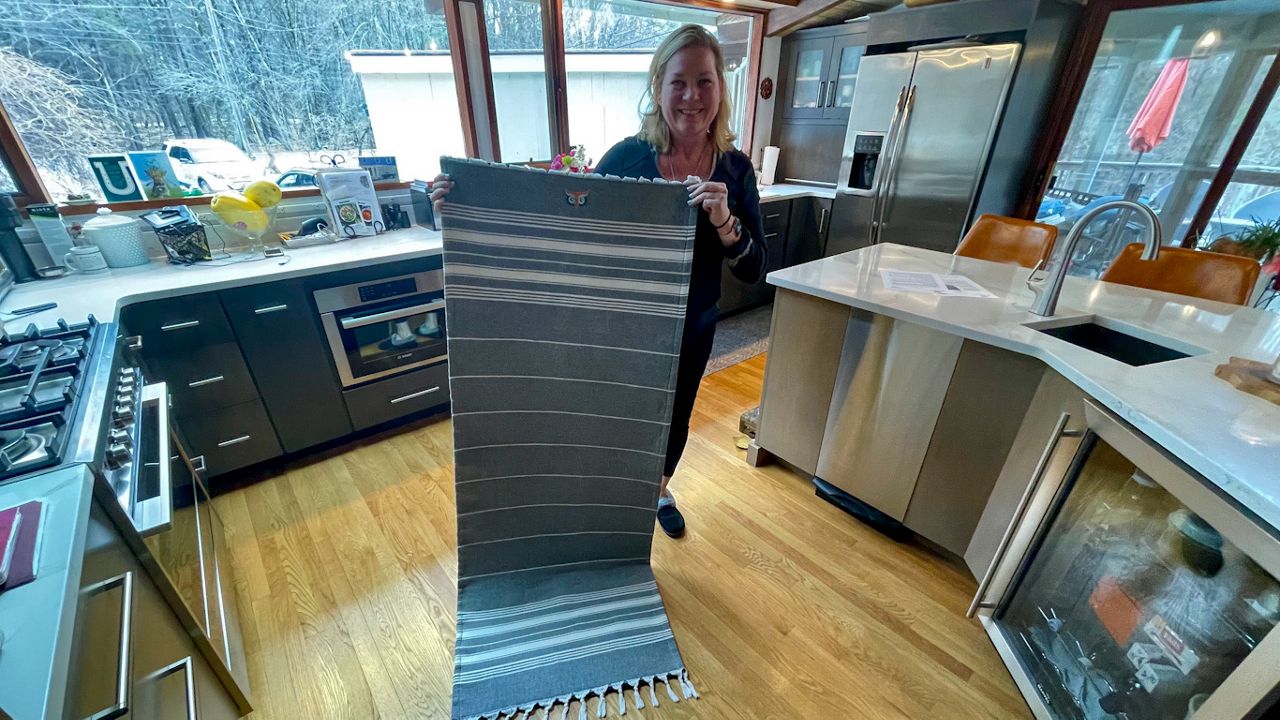 Donna Lee, who lives in Harvard, created the machine washable mat after growing concerned that other types of mats were never truly clean.

HARVARD, Mass. - A yoga mat made in central Massachusetts will be handed out to celebrities at the Oscars.

Donna Lee, who lives in Harvard, created the machine washable mat after growing concerned that other types of mats were never truly clean.

She named her new mat company R-Yolo, or “Remember, you only live once.”

The first of its kind yoga mat will be presented to celebrities at a pre-Oscars event. They mat will be included in 85 gift bags.

Lee met the owner of a gift shop hosting the event during a trip to Los Angeles promoting her mat. The store owner offered Lee the chance to have her product included in a gift bag for celebrities.

“It’s ‘over the moon’ in terms of having this opportunity, I feel grateful,” Lee said. “I believe in a lot of the things that the universe presents to me, if you are open and willing to listen. And I feel like that is what happened with this.”

Lee made the mat out of a Turkish cotton towel, with a non-slip rubber bottom and a foam layer in between. It’s currently being produced in Rhode Island. She has filed a utility patent which is pending.

The 94th Academy Awards is being held on March 27 in Hollywood.