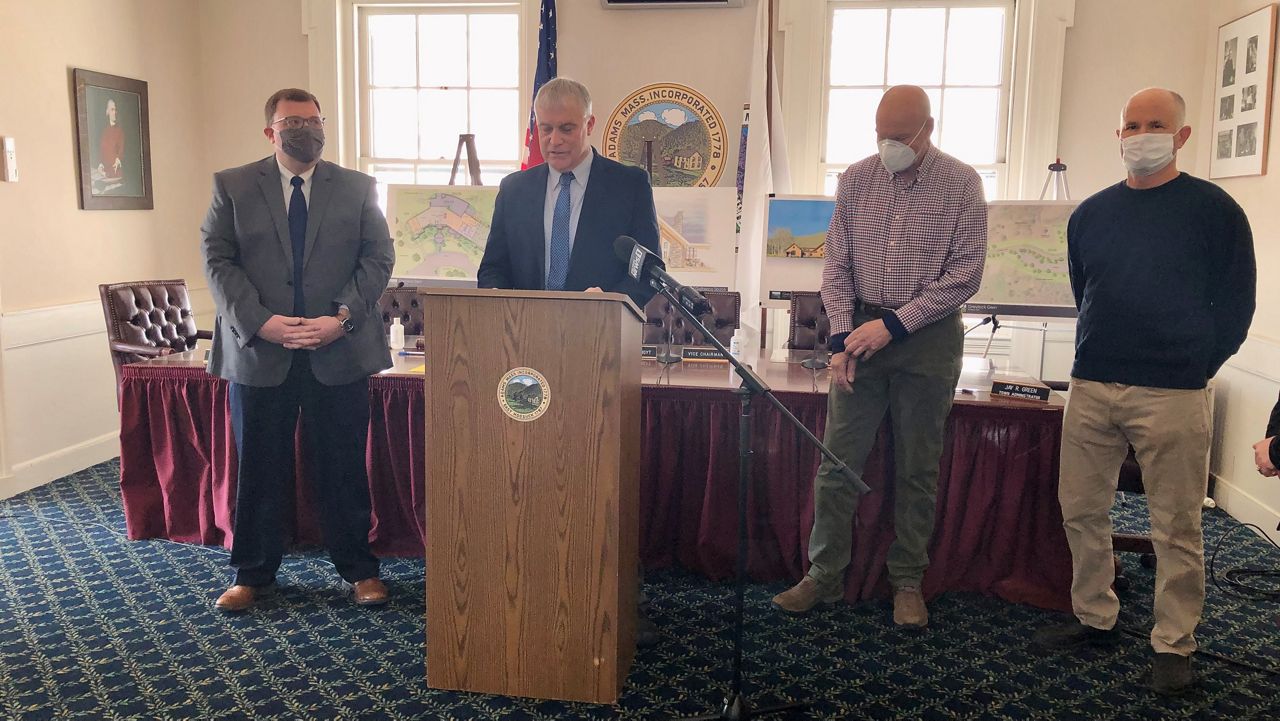 Adams town leaders announced an additional $2.8 million to close the funding gap for the Greylock Glen project at a press conference at town hall Wednesday morning.

ADAMS, Mass. - When the town of Adams received bids for the construction of the proposed Greylock Glen outdoors center last month, the cost project came in at about $2 million more than the allocated funding.

But now, thanks to additional money from the Baker-Polito administration, the funding gap has been closed.

Wednesday morning, town leaders announced the administration is setting aside an additional $2.8 million for the project, clearing the last hurdle before construction can start.

Adams-based contractor Souliere & Zepka Construction earned the bid. They’ve worked on several projects in town before, including the police station and visitor’s center.

The total cost of the development is $8.3 million, which includes the construction of the outdoors center as proposed and an outdoor apparel retail shop in the building.

Town administrator Jay Green said the project will be a cornerstone for growing the outdoor recreation economy in the area.

“What this building will do is make it an egalitarian usage, anyone can go use this,” said Green. “It will conceptualize, and economize if you will, that recreation component. We see what the theater system does in south county, we see what those other cultural venues do. This is ours, and it’s going to help out the northern Berkshires region tremendously.”

Green said they’ll be breaking ground on construction as soon as it’s warm enough this spring, and he anticipates the center will be open for visitors in 2023.