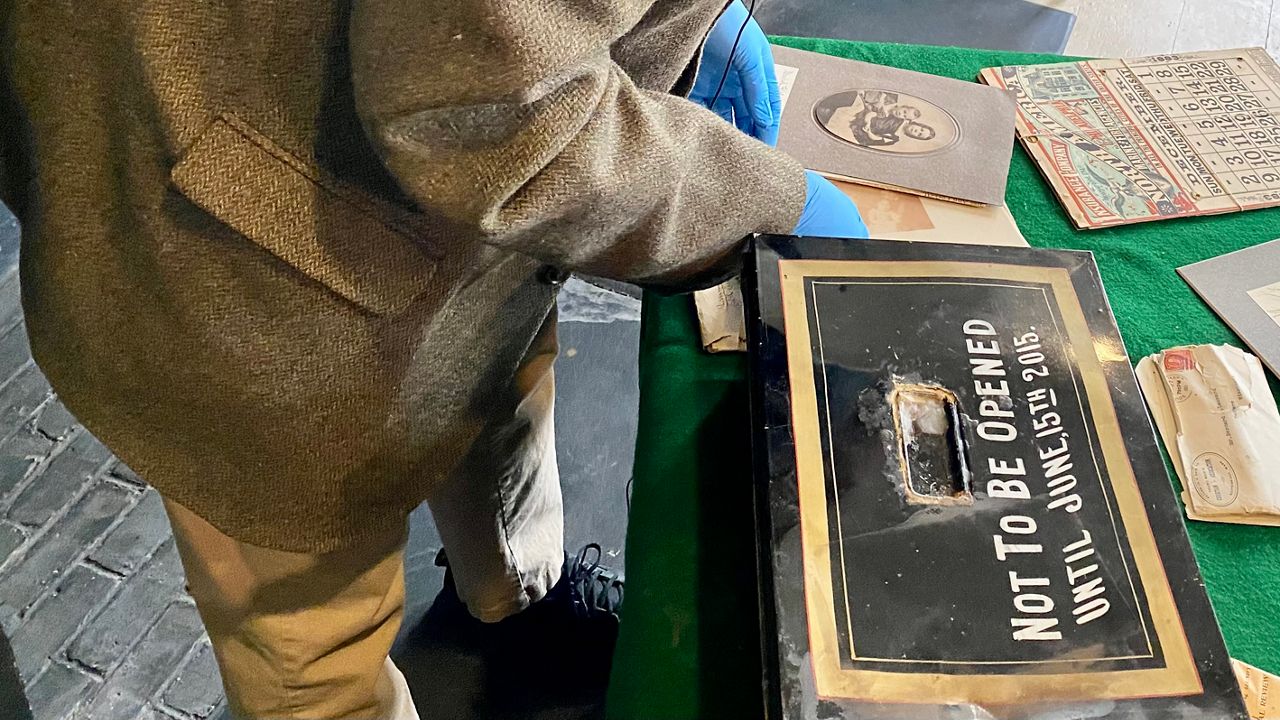 The Worcester Historical Museum is analyzing some of the photos and documents found in a box of Bernard Leonard's belongings from 1915.

WORCESTER, Mass. - Everyone has a story made up of places and people who help it come to life, but not everyone leaves behind the pieces for someone else to put together.

Bernard Leonard wanted his story remembered, so he mailed a box of his things to the Worcester Society of Antiquities in 1915 with clear instructions not open for at least 100 years.

"In this case, we have an obligation to honor his wish that is not be opened," said Stacy. "I'm glad generations prior to us also honored that."

Fast forward to today and everything Leonard left behind is finally being brought back to life by Stacy and Shelley Cathcart at the Worcester Historical Museum.

The two compare opening the box to an archaeological dig. They are in the process of uncovering Leonard's story and the family ties he has to Worcester county.

"We have a photograph of Bernard with his siblings as they were kids," Stacy said.

The two still have a lot to go through, but so far, they know he was born in Southbridge and moved to Depere, Wisconsin at an early age. He was married and had four siblings.

"Everything is documented in this box," Cathcart said. "So, every time we open up something, like the photograph of him as a kid, we are finding out all of his siblings are from local towns like Sturbridge and Southbridge."

They also found coins, old calendars, family photos, even a comic section from a Sunday paper.

"As curators and historians, we ask ourselves so many questions," Cathcart said. "So, when we can have those questions answered so easily, it's just absolutely thrilling."

Leonard left behind enough stuff to get his wish, of making sure people knew his story more than 100 years later.

The box was meant to be opened in 2015, but Stacy said they waited to open it this year when they had the staff and resources to give it to the attention it deserves. ​