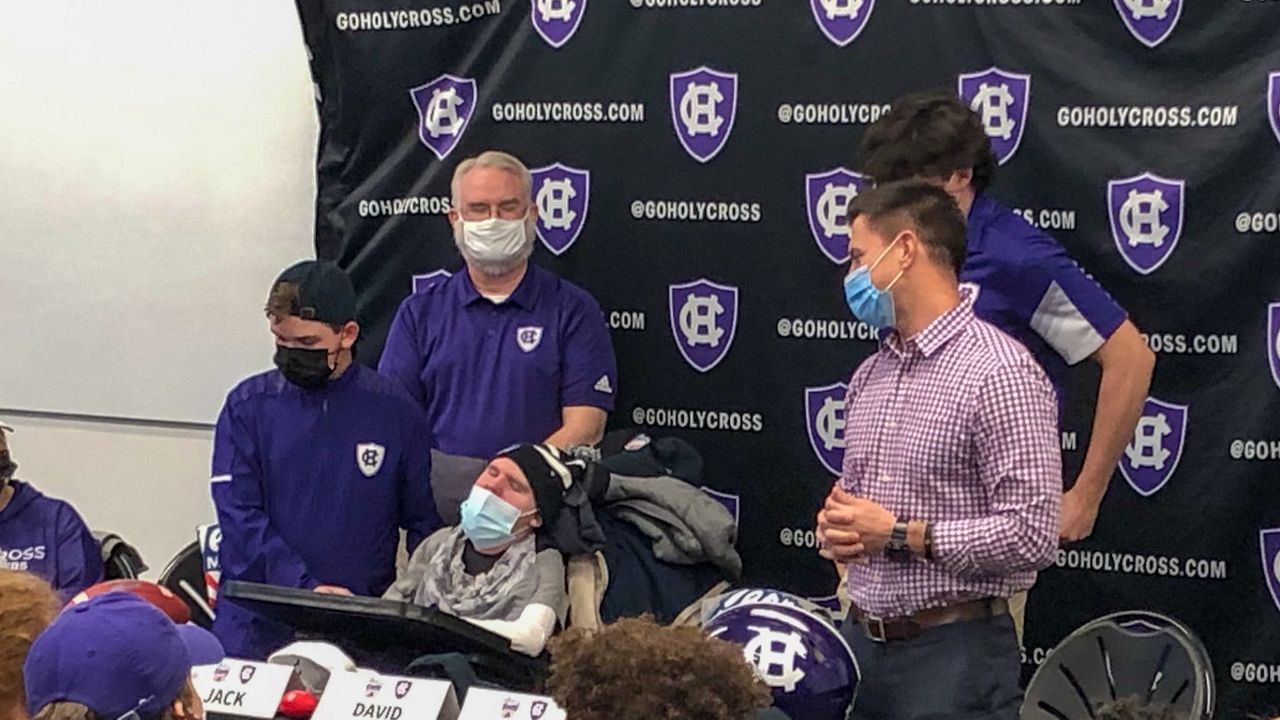 Jack, 14, is from Grafton. He suffered strokes in utero and was born with significant brain damage, resulting in him being non-verbal.

Holy Cross football head coach Bob Chesney and the rest of the football coaching staff and players from the team, along with the Holy Cross women's basketball team in attendance, announced the signing.

Jack, who was with his parents, Dave and Irene, and his brother, Nicholas, signed on to become an official member of the Holy Cross football team.

Jack goes to practices and games and is on the sideline cheering on the Crusaders.  Kevin Shea has the story in the video above.