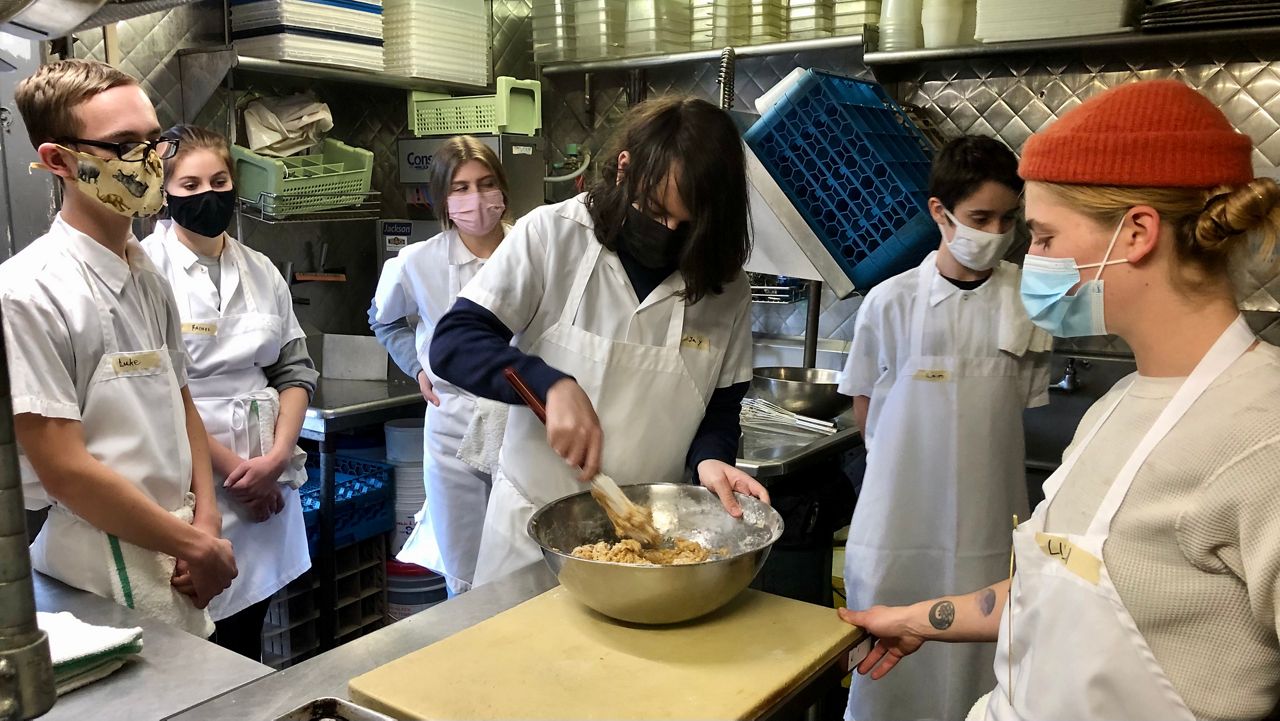 EGREMONT, Mass. - Twice a month, chef Dan Smith opens his kitchen at the John Andrews Farmhouse Restaurant in Egremont to a group of students as part of the Railroad Street Youth Project's culinary apprenticeship program.

"I just really enjoy working with the kids, the students,” said Smith. “They get very engaged in the different things that we do, and it's actually fun to see them grow."

Smith says they try to cover the basics, like knife skills, putting together a full meal, and even some baking.

While the classes aren't necessarily geared towards becoming a professional cook, many of the students are exploring the possibility.

"It seems to be a pretty good business around here, and since I'm graduating pretty soon, I'm probably going to need something to support myself,” said Luke Poly, one of the students. “And if I could learn skills here for the kitchen, that would be amazing."

It's not uncommon for some students to go on to work in restaurants, and a few have even ended up working for Smith at John Andrews.

"One young man started working here, and grew into a sous chef position after about four or five years, and now he's off working in New York City,” said Smith. “So it's a great starting point for them."

All the students are eager to learn and are very hands on, and while they're picking up valuable skills, they still take time to enjoy themselves too.

"We're having fun creating a meal together,” said Edward Johnson, one of the students. “Because when you finish it, it really pays off and you can taste the hard work."