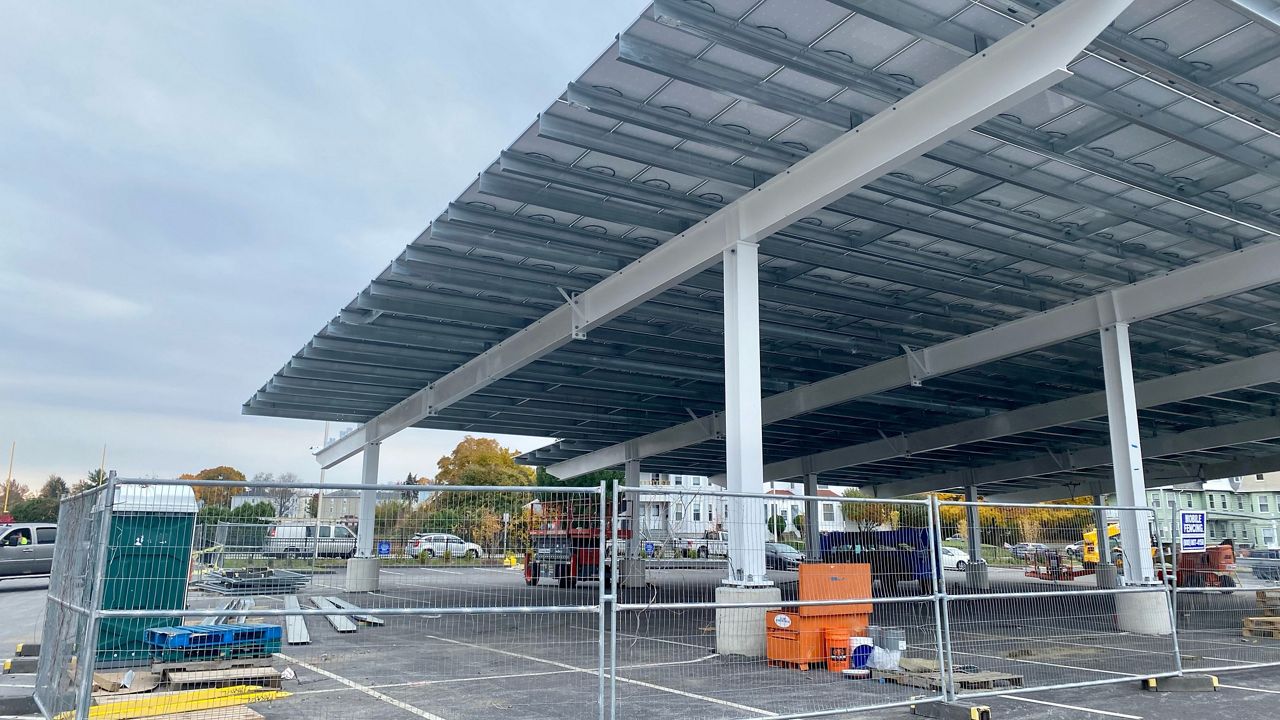 WORCESTER, Mass. - Crews have placed one of the last panels on a new solar parking canopy at the Worcester Senior Center. It’s expected to start generating energy in January and will save the city about $45,000 a year.

"We are at a very critical point at some major damage we are doing to our environment," Matt Urban with the Worcester Department of Public Facilities said.

Urban is in charge of energy saving projects for the city of Worcester. He said the solar installation costs about $2 million, but its benefit will stretch beyond the senior center.

"That's going to offset a significant amount of electricity we normally buy from National Grid," Urban said. "We actually may be making more electricity than we use and then we will be pushing it out to the grid to help the local neighborhood."

Nick Joyce lives nearby and is excited about any opportunity to reduce his monthly electric bill.

"If there is any overflow, it would be generated back in the neighborhood to help reduce our energy cost," Joyce said.

The solar canopy is one of several renewable efforts at the senior center. The city plans to do similar projects at more of its municipal buildings.

Joyce watched the project being built and said he supports the city wanting to install more.

"​I think it’s great," Joyce said. "I've watched this project go up and its really exciting for the neighborhood and the possibility to get power from the sun right here in a parking lot."

Urban said they are also reaching out to private business owners to follow this energy-efficient model because the private footprint is much larger than the municipal one.