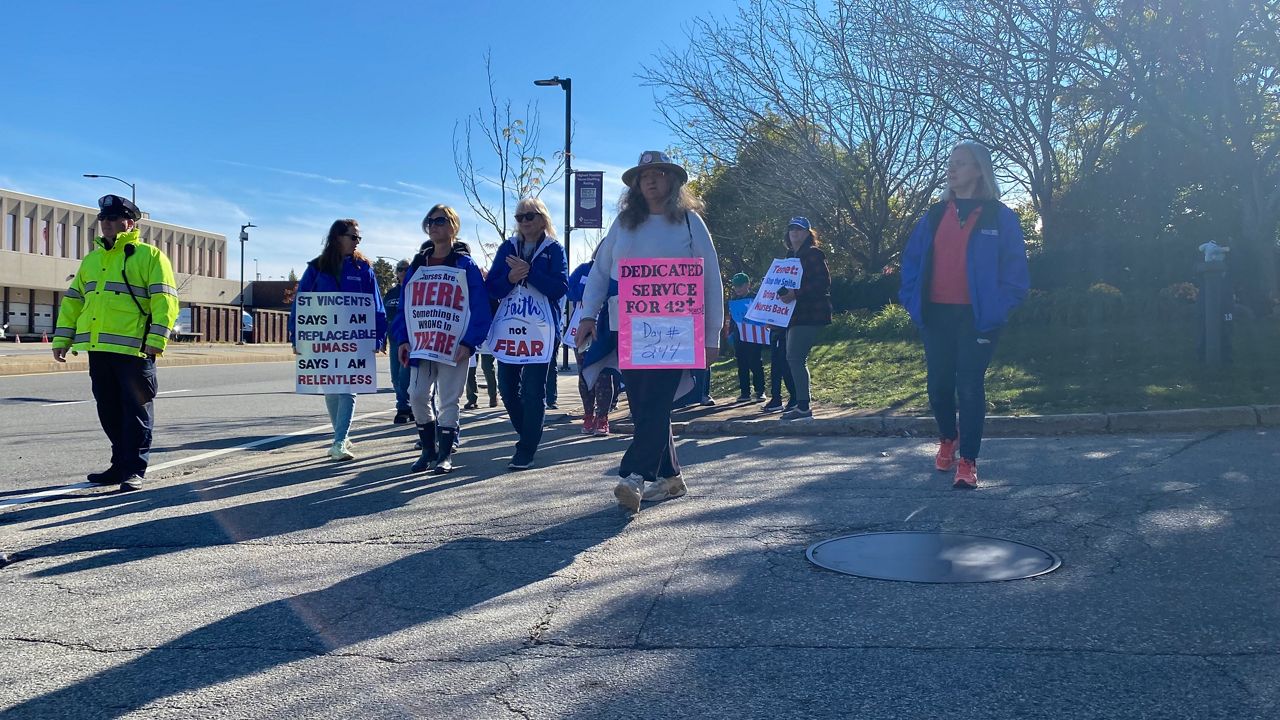 WORCESTER, Mass. — Striking Saint Vincent Hospital nurse Carla Leblanc has spent eight months on the picket line. She said she has found a per diem job for now.

It’s a major sticking point between the hospital and the Massacusetts Nurses Association.

In August, hospital owner Tenet Healthcare presented striking nurses with a proposal which included the safe staffing changes they had asked for, but when they return to the hospital, nurses may not be able to get their old jobs back.

The hospital has hired 200 replacement nurses in the interim.

“Those are punishing tactics that I just can’t agree with, and that’s why I’m still out here," Ed Adamiak, one of the nurses who is on strike, said.

Saint Vincent Hospital CEO Carolyn Jackson said there have not been any more in-person meetings since August, but Tenet’s attorneys have reached out to the union.

Jackson said they haven’t gotten an answer. “It’s very frustrating that they are unwilling to tell us who is actually coming back," she said.

Nurses including Adamiak said they haven't gotten new jobs, and want their old jobs at the hospital back.

And while frustration continues on both sides continues, Leblanc said the feeling on the picket line is optimistic.

“We feel more confident that the longer we go, the stronger that we are," she said.

As for when the strike will end, it's not certain, but both sides said they’re hoping it’s soon.