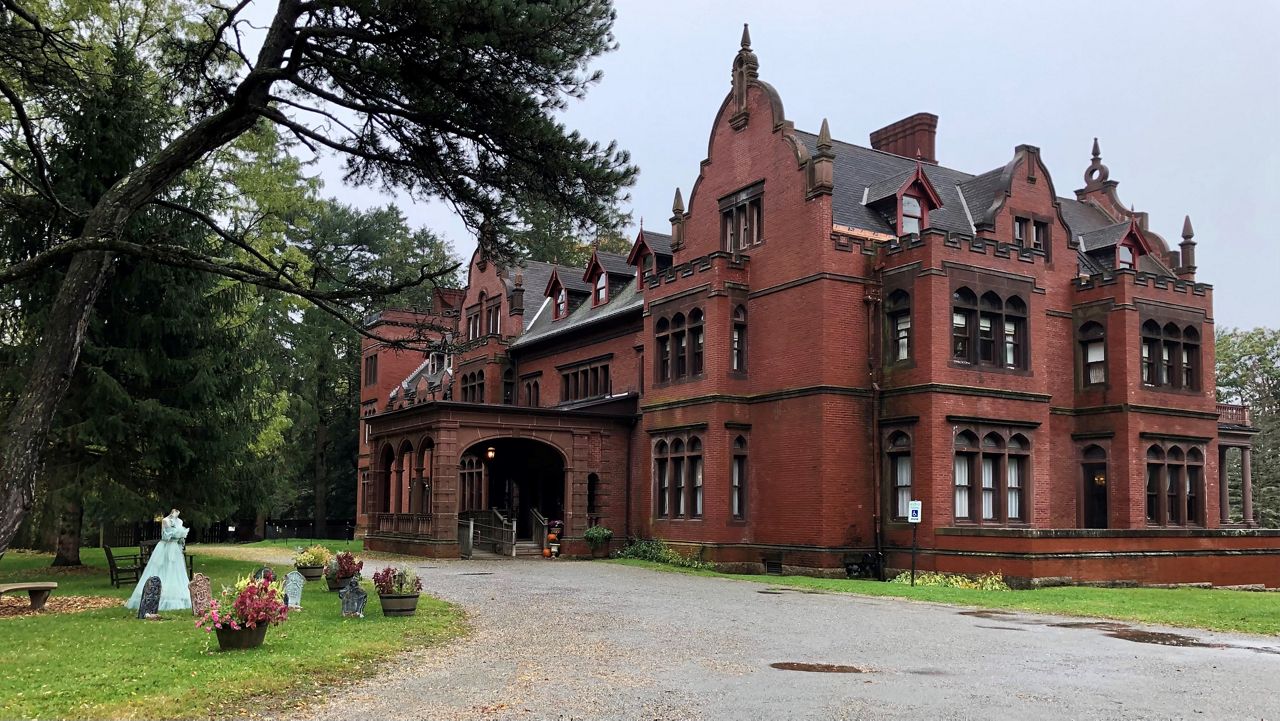 Ventfort Hall is said to be one of the most haunted buildings in Berkshire County.

LENOX, Mass. - Ventfort Hall is a Gilded age mansion and museum in downtown Lenox, and, if you believe the stories, one of the most haunted buildings in the Berkshires.

“Here at Ventfort, I find that there are so many entities that people are reporting,” said local author Robert Oakes, who leads ghost tours through the historic building. “Each one seems to have a different personality, and it seems like there are quite a few, and that they’re quite distinct.”

Oakes has been part of several paranormal investigations at Ventfort, and says he’s had interactions with ghosts, including one he caught on video involving a pair of wall sconces in the dining room.

“They were on just very, very slightly, very dim, and all of a sudden we began to notice that one by one, the lights were going out,” Oakes said. “It started with one here and one here, and you can see each of the lights on one side going off, and seemingly on command.”

If you don’t want to take his word for it, there’s a chance you’ll have your own encounter while in the building.

Oakes took us into the bedroom of George Morgan, one of the building’s original owners, where there have been multiple incidents on recent tours.

“Often, it’s a combination of a sensation of a shirt being tugged from down below, like this, and a cold spot, people can feel a chill,” Oakes said. “This happened just the other night actually, during our ghost tour the other night. It was a quiet night until we got into this room, and then everything started to happen, and multiple people were having this sensation.”

Oakes knows he’s not going to convince everybody, but he still enjoys telling the stories and sharing the building’s rich history.

Oakes said, “If nothing else, it’s really exciting and wonderful to go through an estate like this, in the dim lights, and just feel the sense of the living presence of history as you talk about the spirits who…may still be here.”