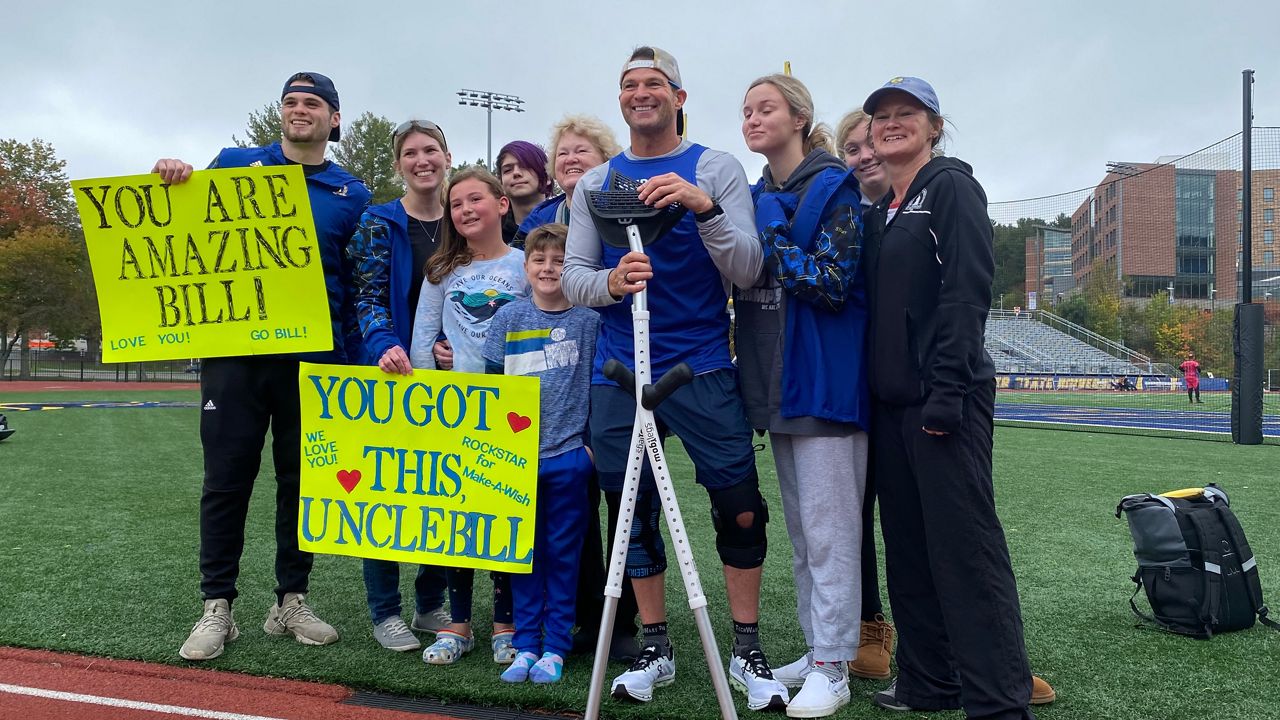 Worcester State University graduate runs virtual Boston Marathon for cause, while on crutches

“We are aren’t running, limping. You know, you still put a lot of weight on it, but it’s not too bad,” Murphy said. “It’s been getting better every day. So it not too bad.”

With approval from his doctors, Murphy is completing his 26.2 miles on Worcester State University’s track instead of in Boston. He started his marathon at 4 a.m. on Sunday at his alma mater.

“I don’t know how many people have done crutches in the world, marathons but, we are just trying to keep a good pace going,” Murphy said. “Just beat our personal goal and try to do under eight hours.”

Murphy says each stride is worth it. He’s helping to raise money for Make-A-Wish Massachusetts and Rhode Island. He helped the cause during the 2019 Boston Marathon, too.

“A lot of the kids that are going through some critical illnesses are Wish kids, recipients, many times they are battling every day for years,” Murphy said. “And we get to come out here and battle for a couple of hours for their cause.”

Bethany Parke is a Make-a-Wish recipient. She went to Walt Disney World when she was eight. The Leicester teen is one of more than a dozen people who joined Murphy on the track.

“I want to come support Bill because he is helping fund raise money for other kids help experience that magical time,” Parke said. “That Make-a-Wish really, really provides for kids who have struggled in their lives.”

Murphy says having Parke and so many others by his side helps him continue to push the pace.

“It’s very cool,” Murphy said. “And it brings a lot of awareness to Make-a-Wish and that’s what it’s about.”

And as he makes his way to the finish, Murphy crushes his goal, finishing in a little more than six hours, one of the fastest times in world on record.