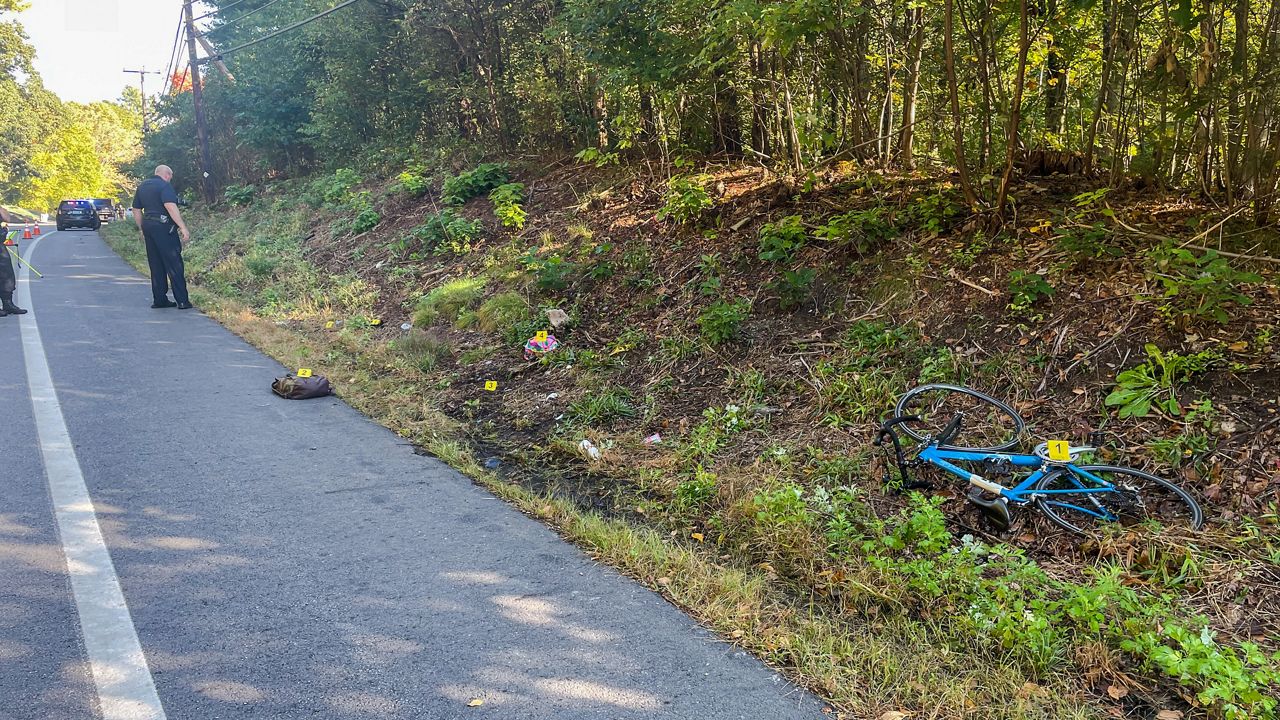 Police block off Route 146A in Uxbridge after a girl was struck by a vehicle while on her bicycle.

Young girl medflighted to UMass Medical after being struck by vehicle while on bike on Rt. 146A

UXBRIDGE, Mass - A high school student was seriously hurt while riding her bike to school on Thursday. Police say she was hit by a landscaping truck on Route 146A.

The accident was only about a half mile from the school, and just a short distance from where the girl lives.

The victim was flown by life flight to UMass Memorial Medical Center in Worcester.

Hernandez says he did not see the girl and she was pedaling at him, when his right side view mirror struck her.  Hernandez says he stayed with the girl until police and EMS arrived, and says he wished he could have done more.