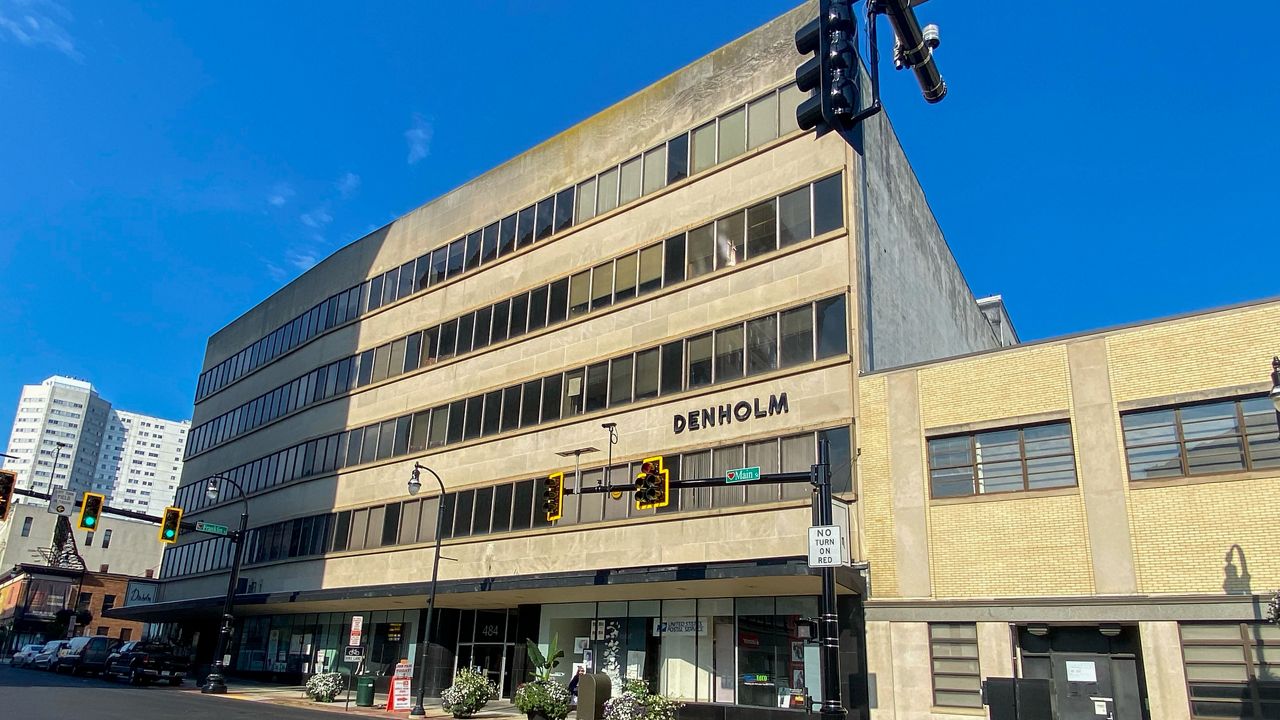 WORCESTER, Mass. - The Worcester Redevelopment Authority (WRA) is considering the purchase of the Denholm building on Main Street.

The WRA met Friday morning in executive session to discuss the potential acquisition. The public meeting was adjourned prior to the executive session because “...it would be detrimental to the negotiation position of the WRA,” according to City Solicitor, Michael Traynor.

A spokesperson for the City of Worcester would not confirm any ongoing negotiations between the City and the property owner are taking place.

The front of the Denholm building takes up most of an entire downtown block from 484 to 500 Main Street and is across from City Hall.

The former department store -- and now office complex -- was built in 1885 and the six-story, 200,000 square foot building is said to be home to the first escalators in the city, as well as the first building with electricity and air conditioning.