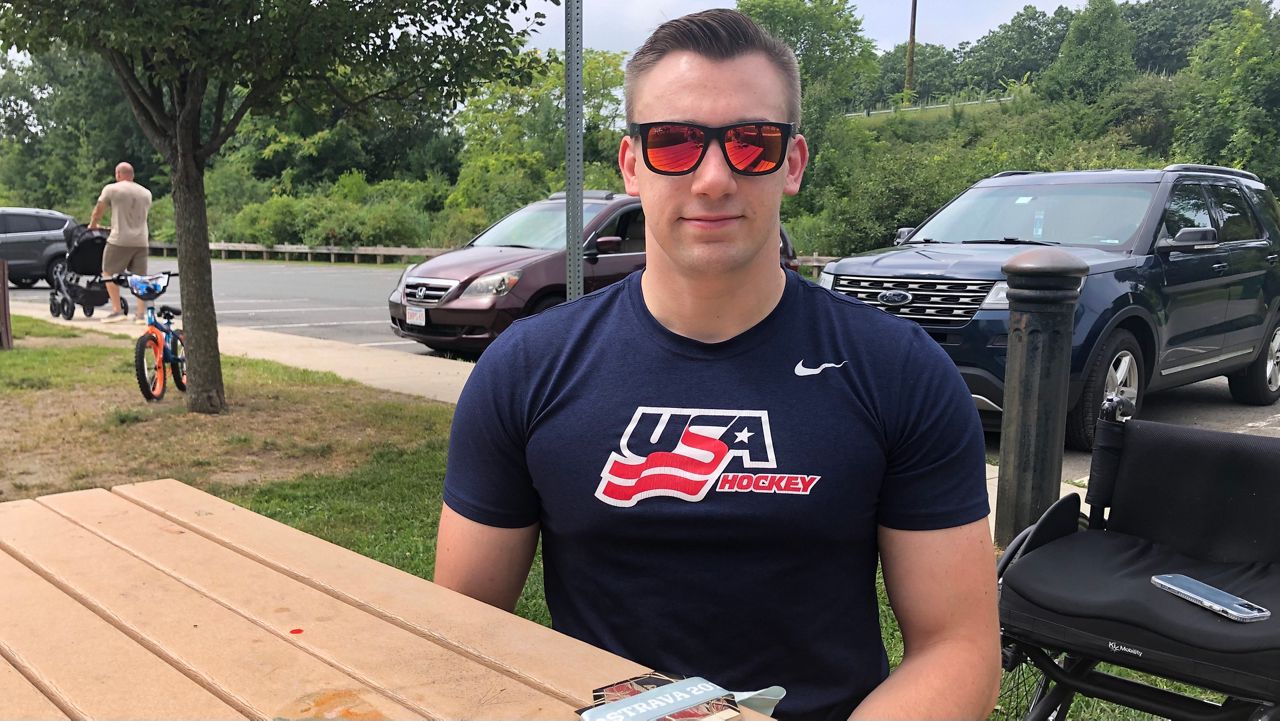 HOLYOKE, Mass. - Kyle Zych has always had a love for sports, but has had to overcome a lot to play them. He was born with Spina Bifida, impacting his spine.

"I played stand up, regular baseball growing up. I wasn't in a chair, I walked unassisted. Then in 2015, I had my second spinal cord untethering which decreased some mobility and strength in my hip flexors and legs and another one in 2016," Zych said. "So now I am in the chair."

A natural athlete, Zych fell in love with sled hockey. His talent helped him make the U.S. sled hockey team. He is now a two-time gold medalist and will compete in the winter Paralympics in Beijing next March.

"Its a lot of training and hard work but when we get to take those trips and play for gold medals and play for our country, it's definitely worth it," Zych said.

Zych, 24, grew up in South Hadley. Although he is just one of two men from Massachusetts on the team, he said he found a second family by competing with the U.S. team.

Whether you have a disability or not, his message to everyone is,"Follow your dreams, no matter how crazy you think they are or how hard it's going to be because failing at your dreams is just as hard as achieving them."