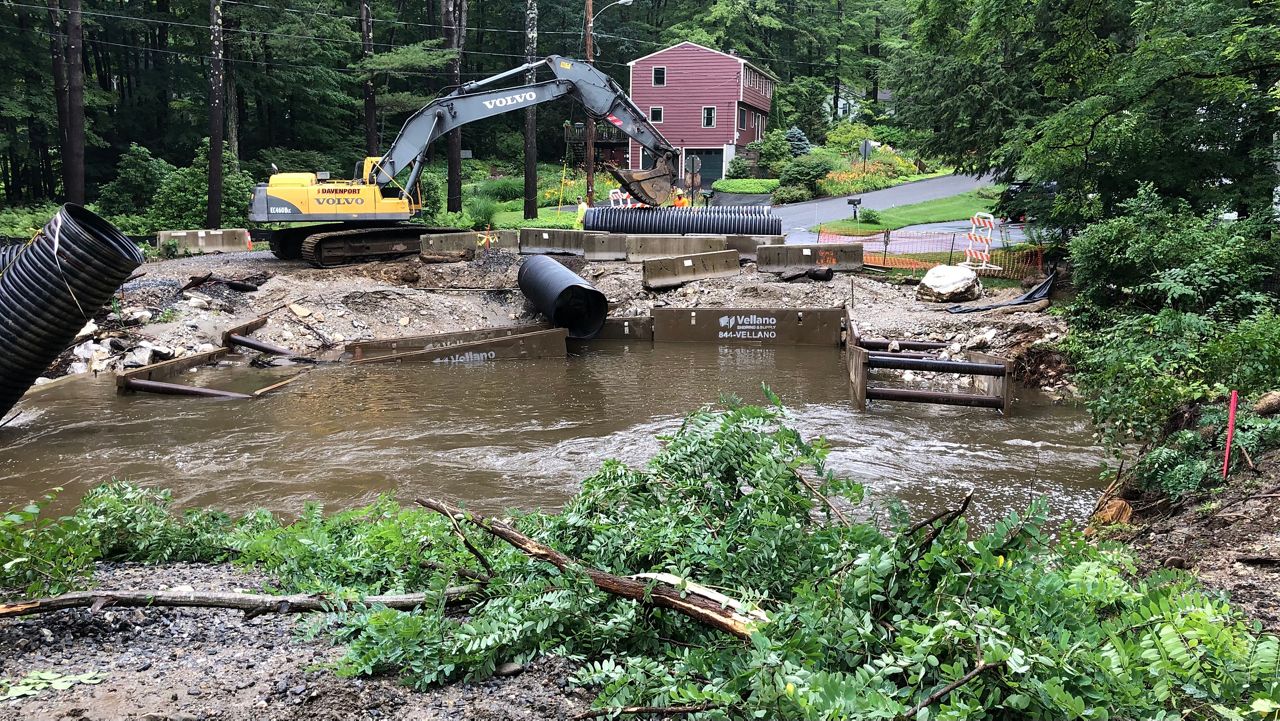 A bridge on Edgewood Drive in Lenox collapsed due to flooding from heavy rains Sunday evening/Image: Matt Ristaino for Spectrum News 1

Heavy rains cause bridge collapse on Edgewood Drive in Lenox

LENOX, Mass. - Heavy rainfall Sunday night completely washed away a bridge on Edgewood Drive in Lenox, where crews had been working on a culvert replacement.

“For about 30 minutes, we had torrential rains,” said Lenox Fire Chief Chris O’Brien. “The culverts just couldn’t withstand the amount of water that was coming down the brook.”

According to the National Weather Service, the area got about two and a half inches of rain in just three hours.

“The water was sweeping over the new road, the temporary road at a pretty good clip,” said a neighbor who lives on nearby East Street. “The water was bubbling up in several spots, and the large pipes were just shooting out solid water.”

Edgewood Drive is a dead end, and seven homes were completely cut off by the bridge collapse.

A pedestrian bridge is now in place over the brook, allowing residents on the other side to cross on foot, while crews continue the work to prepare to put up a new bridge.

“They’re removing all the debris, setting it up to make the area safe, so that we can access and get another temporary road put in,” said Chief O’Brien.

Chief O’Brien didn’t know when the temporary bridge will be installed, but they are in contact with the people on the other side of the bridge, and they’re working to get them any supplies they might need.