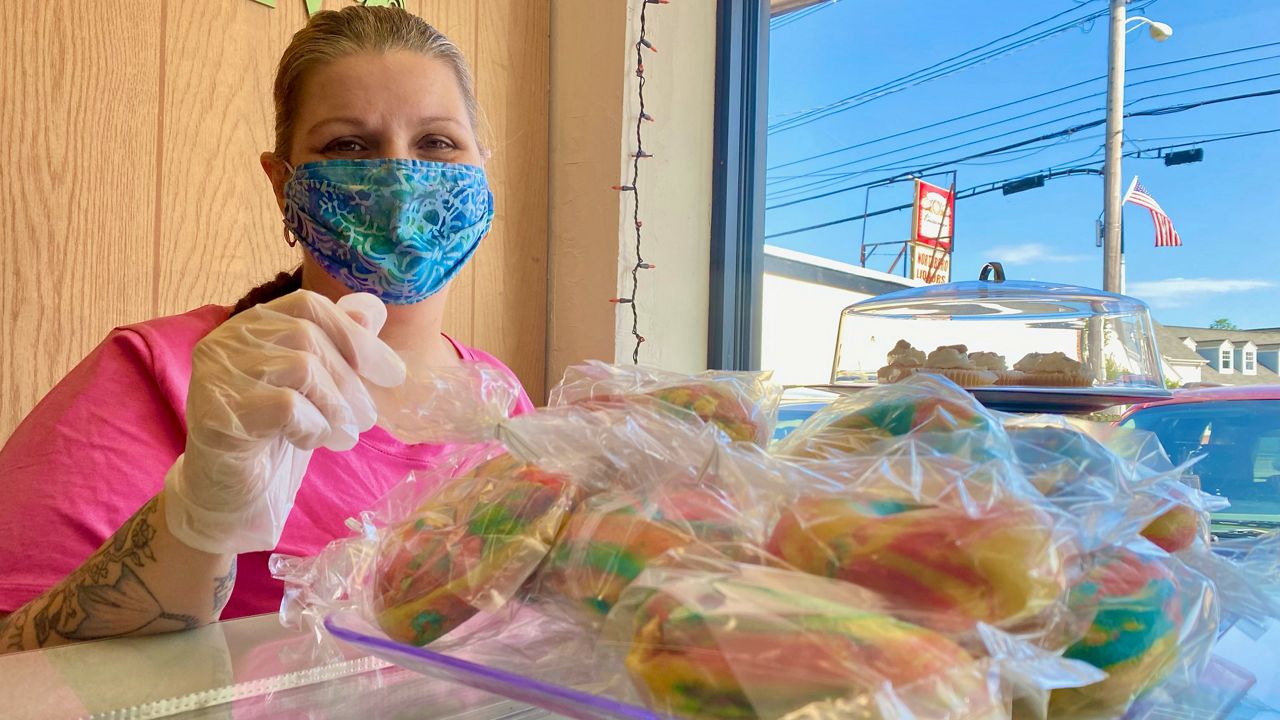 NORTHBOROUGH, Mass. - A customer asked Diana Batista if she was gay when she noticed Batista's bakery was selling rainbow- colored bagels for Pride month.

"Before I could even say anything or grasp what she was actually saying to me, she said 'I don't support gay businesses,' " Batista said.

But it didn't stop there. Batista, owner of Main Street Pastries and More in Northborough, says she's dealing with even more backlash and said it’s because the bakery supports the LGBTQ community.

Batista said two of her employees are bisexual and and even if it meant losing business, ​she wasn't going to stay quiet or stop selling the items.

"I have to say something and I did. People know me as very outspoken," Batista said. "Some people don't like that and that's too bad. It is the way it is."

The bakery has in the past donated money and food to people in need through its Hope Bread program. "Another woman came in and said 'I don't agree with your politics,' and she would like to have her donation back," Batista said. "I didn't even check. I just gave her the $30 in cash."

Batista said it wasn't a surprise when some customers stopped picking up their orders, leaving her stuck with wasted product.​

"In the past two weeks, we’ve had 11 orders not picked up," Batista said. "You just know it was related to the other incident.”

She’s lost almost $3,000 in just two weeks, which is a big hit for a small business. Despite the negativity, Batista said a lot of other customers have thanked her for speaking out.

"You cry about it and you don't know if you're mad or sad or what you want to do when you are trying to keep your personal opinions out of it," Batista said. "But let me tell you, its really hard. It's really hard."