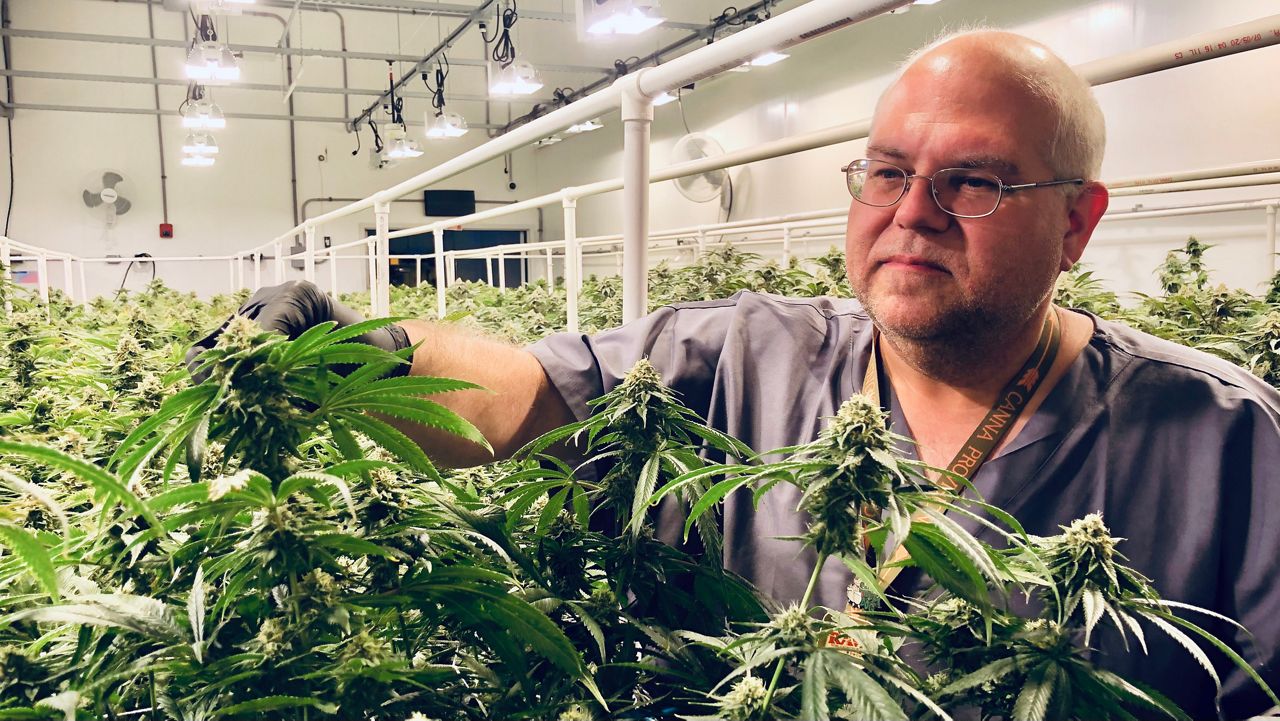 SHEFFIELD, Mass. – Greg ‘Chemdog’ Krzanowski is one of the most famous names in the cannabis industry, and now, he’s growing legally for the first time.

“Just being able to grow legally and not look over my shoulder any more, and know that, you know, I’m not going to be in trouble for any of this,” said Krzanowski, who is the director of cultivation at Canna Provisions. “This is all legal.”

Krzanowski, a Massachusetts native, first came to fame when he started the popular "Chemdog" strain of cannabis 30 years ago.

“In 1991, in December, was the first ever grow that I did,” said Krzanowski. “I was 18 at the time, so I was, you know, playing with fire, because you could also get arrested back then.”

“I was pretty good until about 2011 when that day happened,” said Krzanowski.“I was raided by the feds and the IRS, and pretty much had to forfeit over $400,000 in 2012. And pretty much, you know, that was where the kick in the face was.”

Now, Krzanowski oversees the entire growing operation at Canna Provisions, which has a store in Lee.

He came to the company last year with more than 60 of his own strains, but they’ve since whittled the number down to about 20.

“You start having too many strains and it just gets out of hand,” said Krzanowski. “You want to keep it kind of smaller, craft-style. And not necessarily smaller, but more craft-style. That’s what we’re all about here. It’s craft. I’m a craftsman.”

The legal marketplace has opened a wealth of opportunities for Krzanowski, and he wants to keep innovating and growing as much as possible.

“Eventually, we’re going to do good things with Canna Provisions,” said Krzanowsk. "And bring the best quality bud I can provide for everybody in Massachusetts, and heck, the Northeast. That’s my goal, not just Massachusetts.”