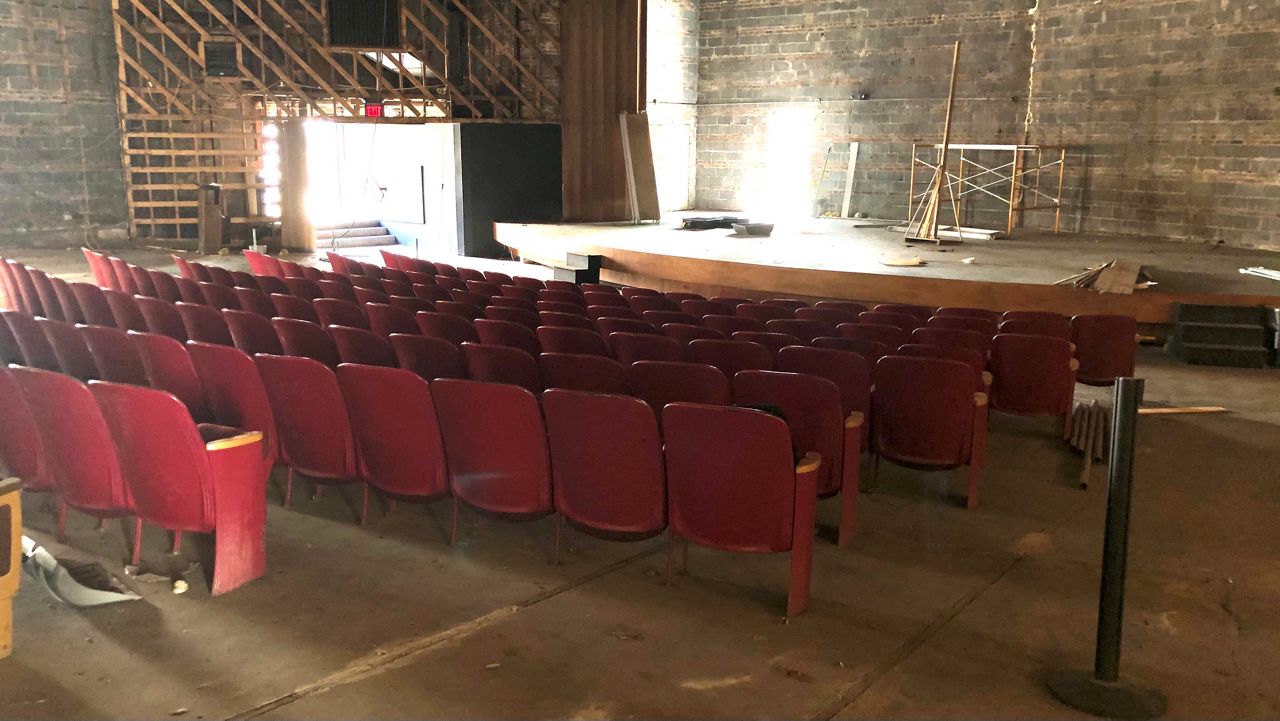 ADAMS, Mass. - The old Adams Theater on Park Street has sat empty since the 1960s, but new owner Yina Moore has a vision to restore it to a performance venue highlighting the region’s creative talents.

Moore, who has a background in architecture, bought the theater earlier this year, and has been sharing renderings of the project on social media to get feedback from the public.

The first step will be to reopen the attached storefront, which, most recently, was a Subway sandwich shop. Later this month, they’ll be knocking down an interior wall to connect the two parts of the store, creating a spacious lobby for the theater.

“I think that can really activate downtown Adams, because we’re right across the street from town hall,” said Moore. “And then either using that as pop-up space for the time being, or using that as a gateway to invite the community to come and talk about the theater.”

The goal is to have the storefront ready for an open house by the end of the summer, but the next phase, to get the theater ready to host performances, will take several months.

“That is going to be mainly taking care of the HVAC, the fire sprinkler system, and also the bathroom situation, because the theater doesn’t have its own code-compliant bathroom,” said Moore. “So the goal is to restore that so we can get a certificate of occupancy.”

Past efforts to restore the theater, including the previous owners who operated as the Topia Arts Center non-profit, have failed due to lack of funding and consistent investment.

Moore, however, is optimistic about her privately funded project. She sees it as a vital part of the effort to bring businesses back to downtown.

“I’m hoping that having this theater, and putting this on the forefront of people’s radar screen will make people interested in the space," Moore said. "Coming here to brainstorm with all the downtown business leaders to help the downtown area revitalize.”