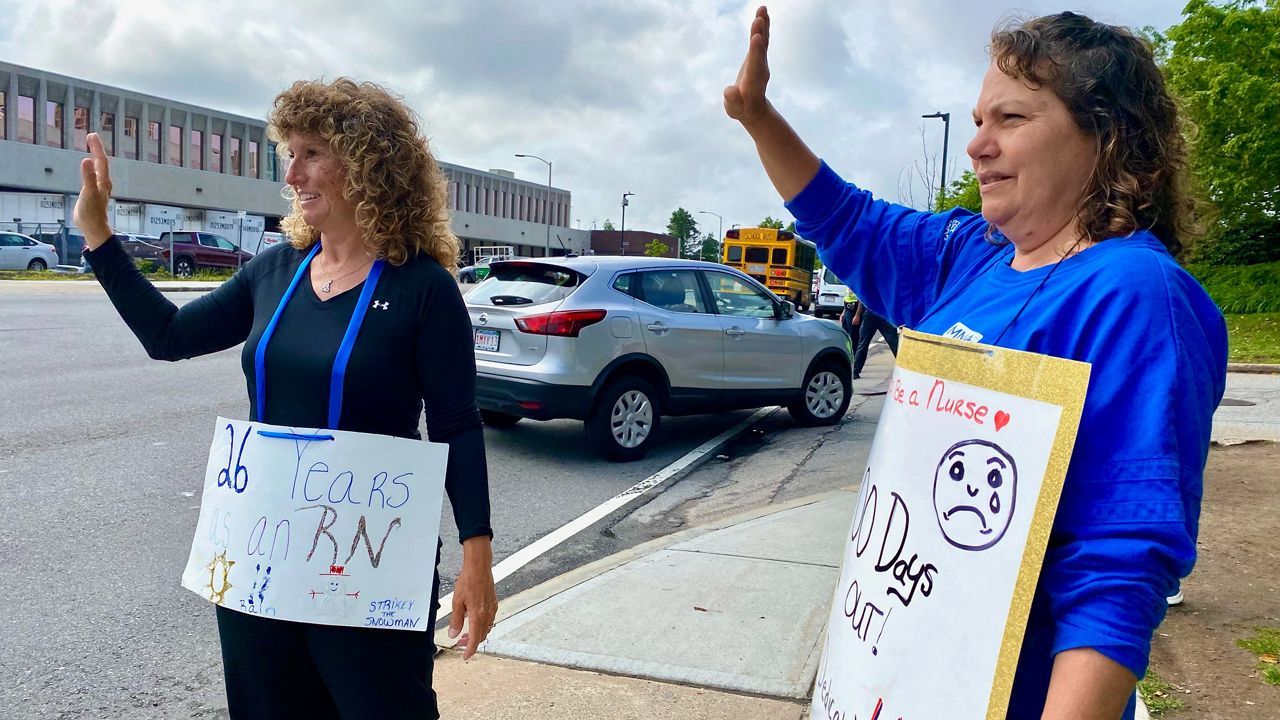 WORCESTER, Mass. - It has been 100 days of walking the picket line for nurses at Saint Vincent Hospital.

It's now the longest nurses strike in the nation in more than a decade. Nurses dressed in black to mark what they call a sad day.

"No one said this would be easy or fun we knew that going in," said Marlena Pellegrino, a nurse at St. Vincent Hospital and co-chair at the Massachusetts Nurses Association (MNA). "There are still nurses sacrificing medical care, their financial security and sacrificing family time."

The union said their fight for safe staffing is just as strong as it was at the start on March 8.

The hospital said the MNA's concerns are no different than ones at any other hospital.

"There are concerns any given day at any given hospital," said St. Vincent Hospital CEO and president, Carolyn Jackson. "Things happen and when they do we deal with them, but the comments on Facebook are largely false."

The last negotiation between the two sides happened May 5. The hospital said the MNA added more unreasonable demands, like a pension plan and more staffing in the emergency department.

"We opted not to continue conversation," said Jackson. "We told them when they are ready to have a conversation with reasonable terms we are happy to go back to the table."

Both sides said they are committed to reaching an agreement, but will continue to hold their ground.

"We have heard they told their members to expect to be out until September," said Jackson.

The hospital welcomed its first group of permanent replacement nurses on Monday. They also said they continue to have nurses cross the picket line and come back to work. ​​