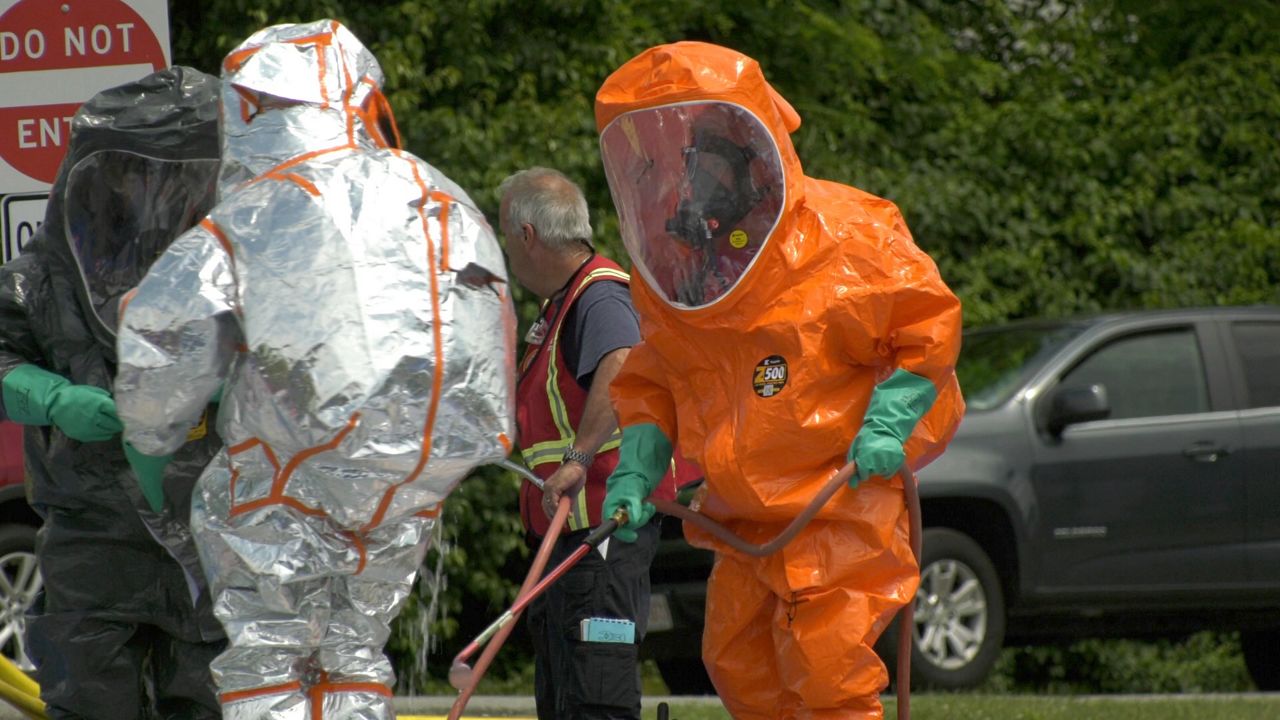 CHICOPEE, Mass. - The Chicopee Fire Department and Hazmat crews responded to a call for a chemical spill of hydrochloric acid on Friday morning.

The incident happened at Tsubaki Automotive Division on Lonczak Street.

A Tusbaki employee was treated at a hospital and is expected to be okay. The company said because of their emergency protocols, they were able to keep the spill contained and shut the valve off immediately.

A spokesperson tells Spectrum News 1 the hydrochloric acid was contained in a holding tank. It wasn’t released into the waste water treatment plant and there is no danger to the public.

The spill is expected to be cleaned up within 24 hours and the incident is still under investigation.