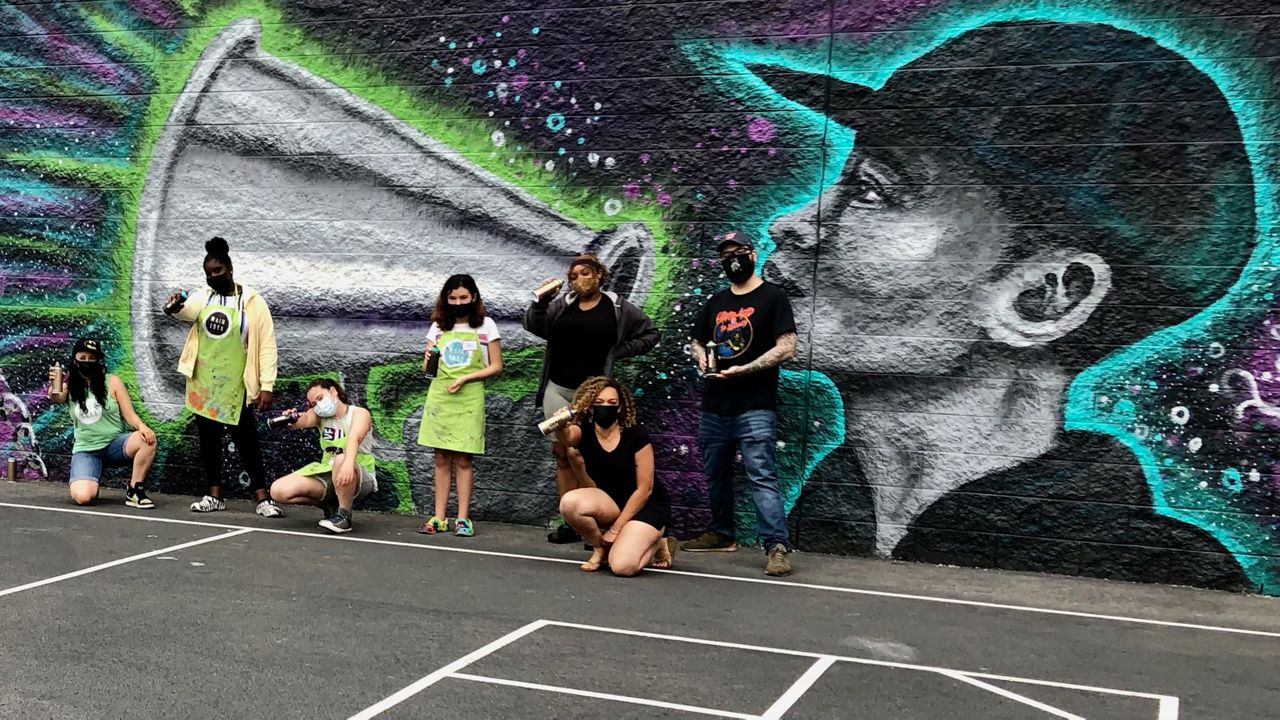 WORCESTER, Mass. - Two local organizations, Worcester's Main Idea Youth and Arts and the Boys & Girls Club of Worcester, have collaborated to create a social justice-themed mural in the city.

The mural is 100 feet long and was painted on the side of the Boys & Girls Club building in Worcester’s Main South neighborhood.

Youth between the ages of 11 and 18 submitted a design for the mural, drawing inspiration from Martin Luther King Jr's famous words, “An injustice anywhere, is a threat to justice everywhere.”

From the submissions, the designs of two youth artists were chosen and made into a final design.  Teams of youth both organizations set out to paint the design, working alongside adult artists.

The artists say the mural is a way for youth in the community to amplify their voices.

There’s still some finishing touches that need to be made before the mural is completed.  A final reveal of the project will be held on June 12.

The project was funded by the Greater Worcester Community Foundation and the Worcester Arts Council.