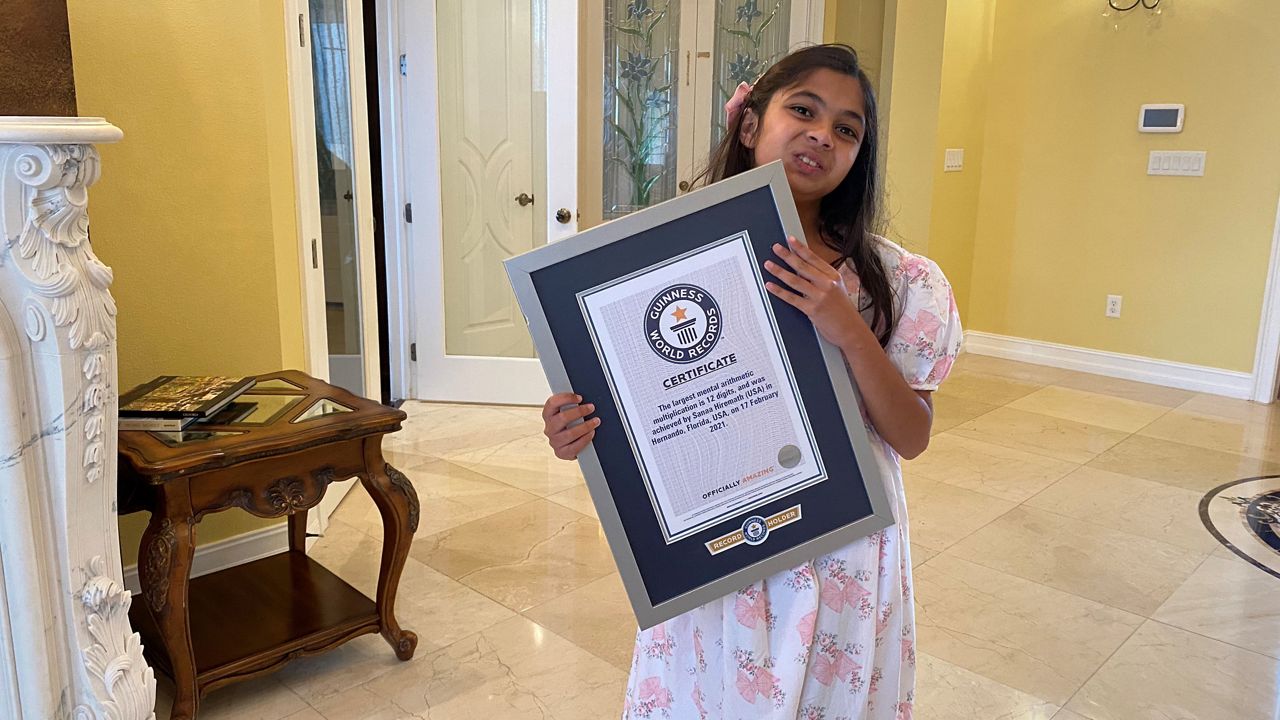 Sanaa Hiremath is like many 11-year-olds. She loves being outside or watching videos on her iPad, but here’s where she’s different: She can solve any math problem without using a calculator, pen, or paper.


Sanaa’s mother Priya Hiremath told Spectrum’s Katya Guillaume, “One day when I was doing second-grade homework, we introduced the concept of multiplication for her for the very first time and she was able to answer instantly.”

One mathematical problem turned to another, the possibilities for her were endless. Sanaa’s father Uday said, “She’s not just being a human calculator, she can actually solve complex problems.”

At 11 years old, she’s solving problems an engineering student would solve at MIT.

Sanaa was diagnosed as autistic at just two years old, and she doesn’t easily express herself. Priya and Uday said she failed math in the second grade because of her disability.

“They tested her on math,” Uday said, “They gave her pencil and paper and told her to write 1-20 and she could not because she can’t hold the pencil because she has fine grip, she has poor motor issues,” and now she’s homeschooled by her mom.

“She was different from the other kids,” he continued. “That was obvious, but what was not obvious was how gifted she was in math.”

A pediatrician was so fascinated by her skills and how fast she can multiply, they wondered if anyone else has been able to do what Sanaa can, and the answer seemed to be no.

To win the title, she had to multiply 12 digits in under 10 minutes.

She was not allowed to be in the room when the numbers were picked and she had to be blindfolded on her way to her testing location.

He said the only limitation is their ability to understand her through words.

Priya and Uday said although her ability surpasses that of an 11-year-old, they would not want to advance her because of her communication skills.

They plan to continue to work with her to improve on the areas in which she struggles.