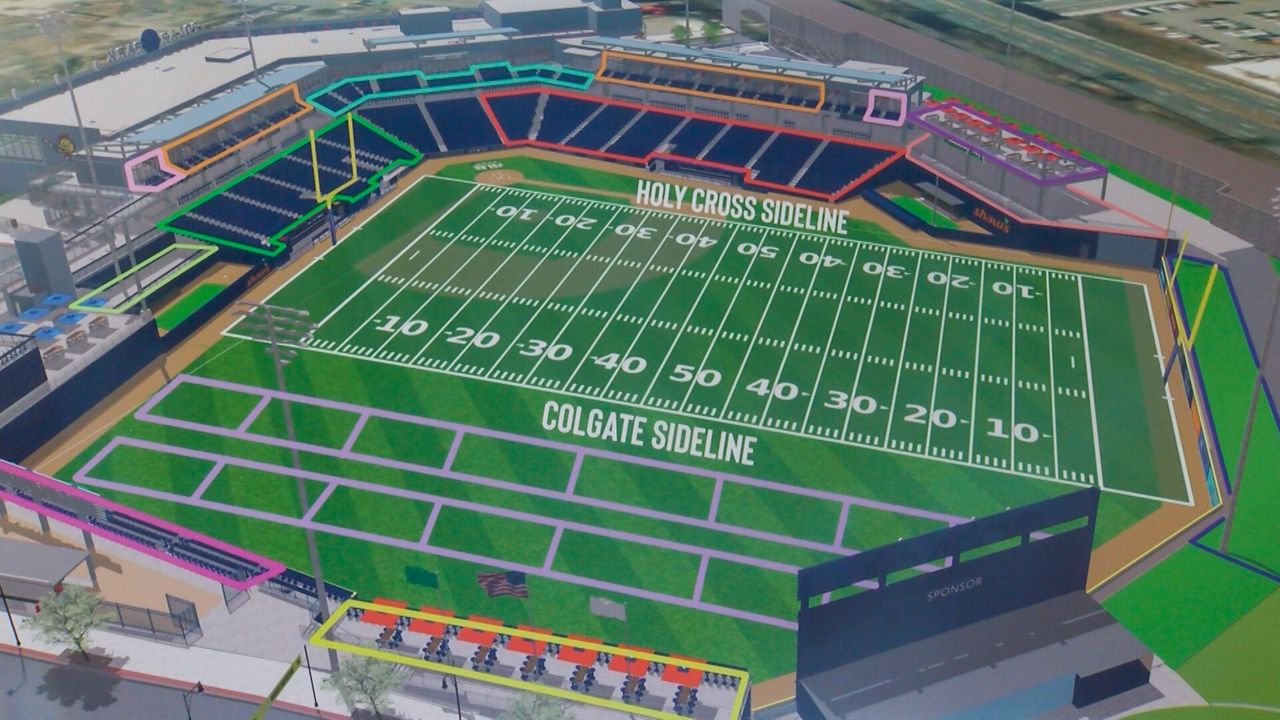 A rendering of the football field layout at Polar Park. Holy Cross will host Colgate in October.

The Crusaders will host Patriot League rival Colgate under the lights on a Saturday night this fall.

It will be the first ever college football game at the ballpark.

Chesney says the partnership with the Worcester Red Sox creates a chance for his team to be part of the positive buzz surrounding Worcester and the new baseball team.

"We'll have about four games, five games in when we get to this one,” Chesney said. “The people of Worcester maybe want to be reintroduced to Holy Cross football. That's what this day will be all about."

The football field at Polar Park will run from left field to the first base dugout.

Holy Cross will play Colgate on October 23. Ticket information will be announced in the coming weeks.